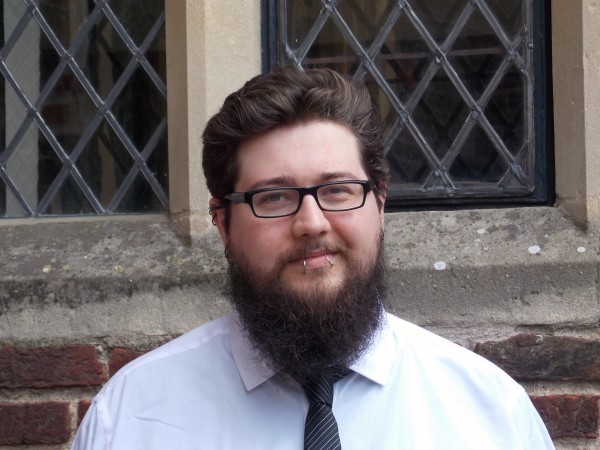 My emails. There’s a usually a surprise or two waiting for me every morning.

Auto clicker. Some things require a LOT of clicking, if I didn’t have that, my right index finger would be five times larger.

Video games! I love video games, I currently play a lot of Heroes of The Storm, and Witcher 3.

A man named John Bain, known as TotalBiscuit, the Cynical Brit. He’s a PC games critic on Youtube. The reason why he’s an inspiration for me professionally is because he’s an honest man who believes strongly in ethics and who won’t be bought for his reviews, if something he does is sponsored by a company he will tell you. He also gives the small developers a chance by reviewing their games over the big titles, even though that may be better for his business.

The Star Wars saga, I saw A New Hope when I was seven or eight years old, and it’s been my favourite film ever since.

Star Wars: Rebels, Falling Skies, Defiance, The Last Ship and Dark Matter. These are the currently running shows, check back later on to update the list!

Outside of dating, which brand do you admire the most?

Bioware, I’m a huge fan of video games and they make RPGs, my favourite type of games. They’re my favourite because they are the best at storytelling and their games have been consistently brilliant since I first discovered them as a child, when I played Baldur’s Gate for the first time.

“Don’t pick a fight unless you know you can win” – Jonathan Bird.

Don’t be afraid to have a laugh. Those small moments of levity really lift spirits and allow you to work for longer without feeling tired. If that doesn’t work for you, I just put headphones on and blast some energetic music.