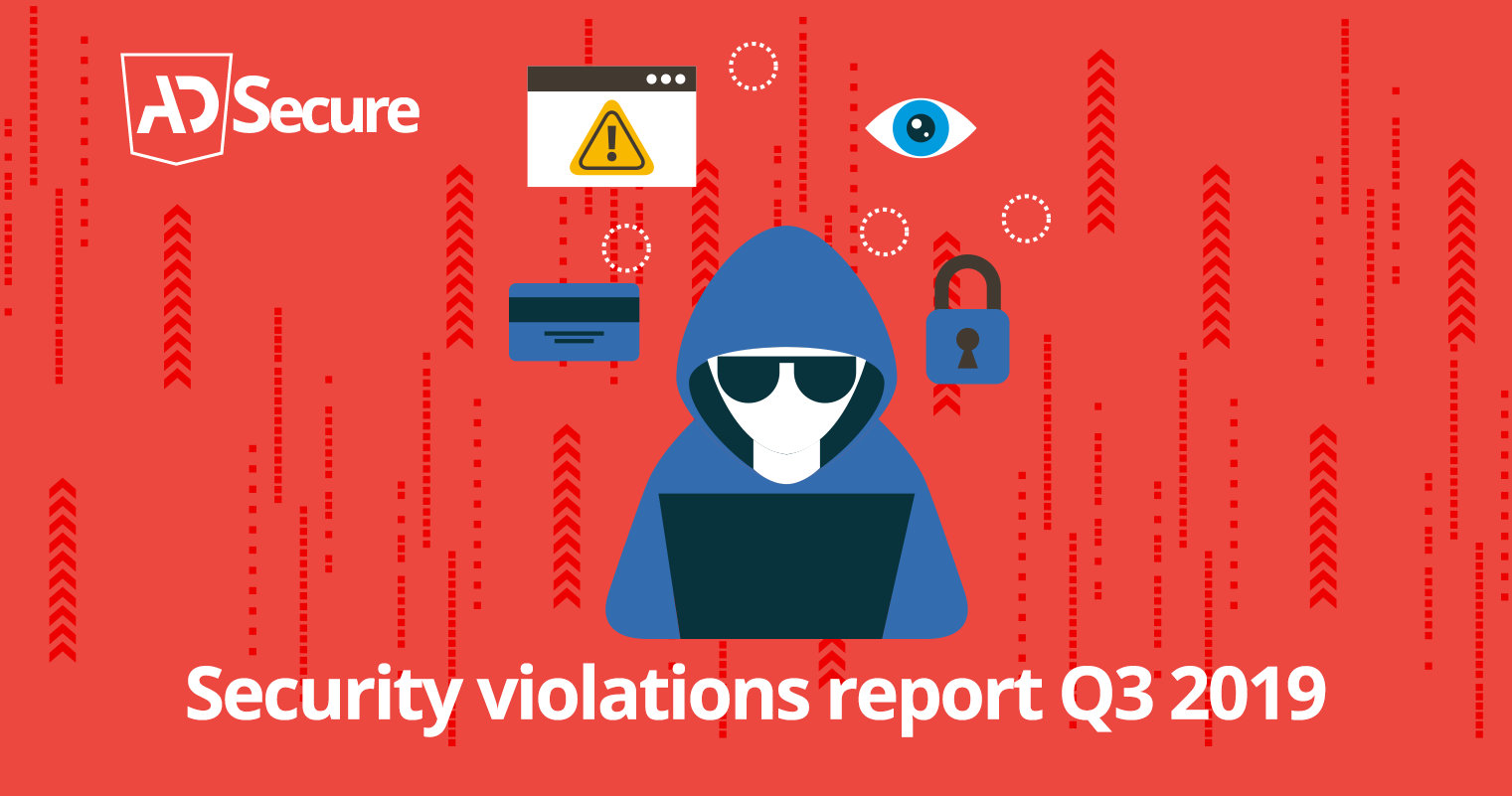 AdSecure, the ad verification solution used by ad networks, ad operations teams and publishers has released its third Security Violations Report for Q3 2019. For the report AdSecure analysed more than 300,000 ad campaigns across multiple regions, devices, and browsers for its partners between 1st July to 30th September.

AdSecure was interested in seeing what cyber criminals did during Summer 2019 in Europe. Traditionally Europeans take their vacations in July and August, and according to the World Economic Forum the majority of European’s holiday in Europe. AdSecure looked at detections for five security violations in Europe during this time period:

Ransomware and Scareware dropped by two thirds in August, compared to July however AdSecure noted that criminals concentrated their Scareware attacks on iPhones with 67.3% detections on Mobile Safari, presumably in an attempt to take over holidaymakers’ mobile phones.

Malware had no real change over the holiday period showing that Malware attacks remain high.

Phishing saw the biggest overall drop, as many people were on holidays and not checking personal and work emails, with the drop in Phishing it appears that criminals shifted their focus on to Adware distribution.

Adware rose significantly in August with cyber criminals preferring to target mobile devices (95.5% were detected on mobile) with the criminals assuming that few holiday makers take their laptops abroad.

AdSecure’s Product Manager Mat Derval commented, “Cyber criminals don’t take holidays in July and August and continue to target potential victims. They adapt their types of attacks and device distribution in order to try to trick victims during the holiday season, especially on mobile. For Scareware attacks 78.7% were detected on mobile with 67.3% on Safari and 32.7% on Android. Similarly with Adware 95.5% attacks detected were also on mobile devices. Scareware is a strong tactic to distribute adware. Since most of the time, the apps that a scareware asks you to install to repair your phone or fix some viruses, actually contain adware or malware.”

With 1 out of every 250 scans carried out by AdSecure revealing some type of Malware during Q3, AdSecure has created an infographic with some of their key findings during this quarter’s Security Violations Report.