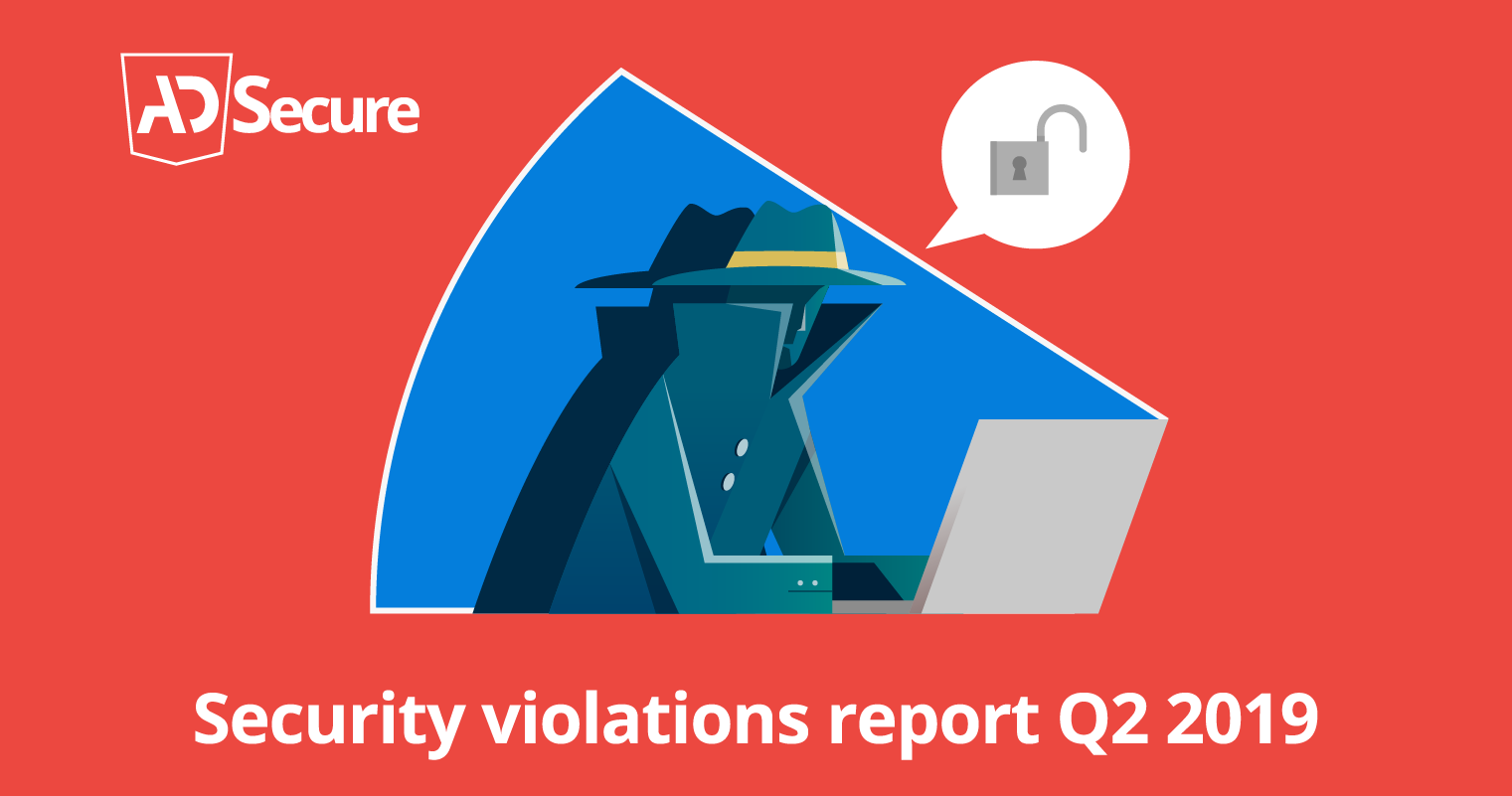 AdSecure, the ad verification solution used by ad networks, ad operations teams and publishers has released its second Security Violations Report for Q2 2019. For the report AdSecure analysed more than 200,000 ad campaigns across multiple regions, devices, and browsers for its partners between 1st April to 30th June. These findings provide insights into cyber-criminal behaviour during Q2: Where they were most prolific, how they delivered their attacks, their malicious weapons of choice, and what AdSecure’s detections revealed in order to stop and protect end users from malicious ads.

AdSecure carried out a scan to detection ratio and found that out of every 10,000 scans they uncovered 585 detections: 532 were user experience violations and 53 were security violations.

The report also examined security violations and user experience violations in the top 10 GEOs and compared the results with Q1 findings:

AdSecure’s Product Manager Mat Derval commented, “Adware is one of the easiest forms of malware to distribute, and is often ignored or goes unnoticed by its victims and is most commonly used for crypto mining or spy tools that watch everything the victim does on their device. Scareware is a persistent problem and a quick way for criminals to obtain payments from inexperienced victims. Phishing was less prolific compared to Adware and Scareware, and is less effective because victims are more educated in being able to spot this cyber crime. Specific Malware detections did decrease this quarter, one reason here could be that fraudsters switched their efforts into Adware and Scareware attacks in Q2.”

Derval continued, “Even though Malware decreased slightly, in June AdSecure detected a much higher peak of 5 times more detections than in April and May. This was due to helping one of our clients uncover and keep control of a large scale attack by being able to update in real-time our detection rules engine and catch every variation the cybercriminal was trying to submit/spread on their network.”

In AdSecure’s Q1 report Push browser locker detections were by far the biggest violation from a volume perspective, AdSecure’s Sales Manager Bryan Taylor commented for Q2, “After discovering and classifying the looping push locker mutation, overall browser lockers detections peaked in April and continued to decline in May and June. By June detections fell 17%. Thanks to our technology we have stopped tens of thousands of these violations being distributed. Since our looping push discovery most browsers have updated their software to block these attacks so we recommend that end users update their browsers to the latest version to finally stamp out this highly intrusive violation.”