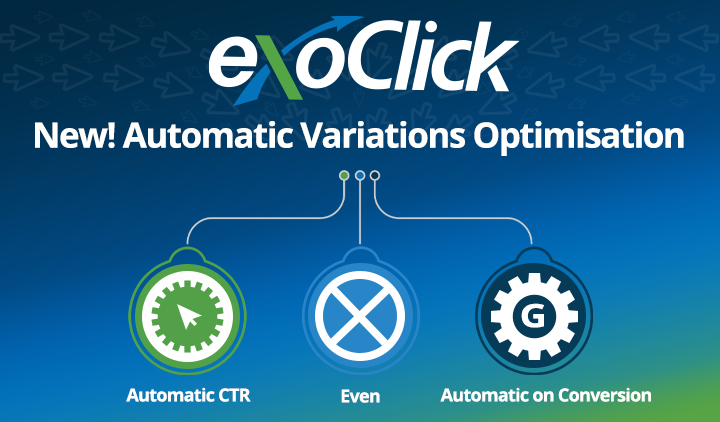 ExoClick, the innovative ad company, today announced that it has introduced a brand new tool for advertisers: Automatic Variations Optimisation. Affiliates and advertisers using dating offers can now have automated control over the traffic sent to a campaign’s different variations.

The new tool works for all ad format creatives that are popular with dating offers: banners, video ad formats, popunders, push notifications and native when the CPM, Smart CPM and CPV bidding model is used.

Benjamin Fonzé, ExoClick’s founder and CEO commented, “Automation allows advertisers to really scale up their campaigns, which is why we have added Variations Optimisation to our platform’s arsenal of optimisation tools. When a range of creatives are developed for an offer’s campaign you can never be 100% sure that the creative you have selected will be the one to convert the best. Manual testing can be time consuming and can quickly eat into a test budget. Our new tool works on an advertisers behalf to determine the best converting creative, which not only saves him time but also helps him greatly improve his ROI.”

ExoClick’s Automatic Variations Optimisation tool is available in the advertiser Admin Panel under Campaigns > New Campaign in the Add Variations section, under the Distribution Algorithm drop down menu.

A platform tutorial is available here.