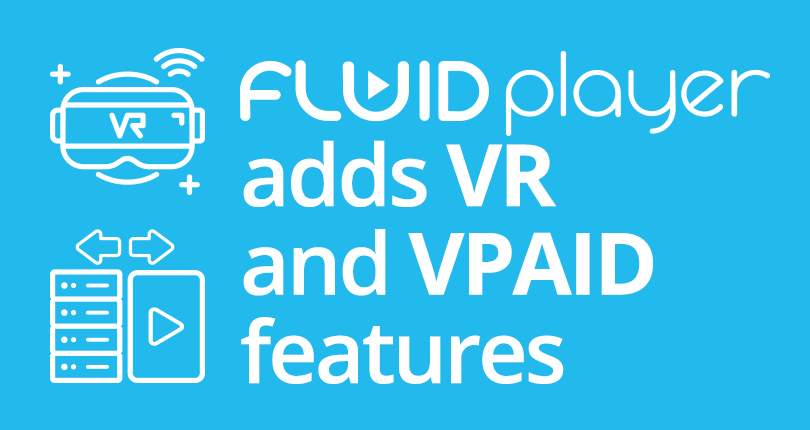 Even though virtual reality is still in the early stages of ad format development and adoption, Fluid Player’s VR feature allows both publishers and advertisers to experiment with VR content/ad formats. Fluid Player supports monoscopic (equirectangular) videos with 360-degree view or in Cardboard view (for Google Cardboard.)

VPAID is a code developed by the IAB for interactions between ad units and a video player focusing on enabling rich interactive in-stream ad experiences. Think of it as VAST but with added interactivity. It allows advertisers to create video ads that the user can interact with, for example, enabling overlays that allow viewers to click for more information. VPAID then captures the user interaction data for the viewed ad. Another great advantage is that VPAID allows advertisers to show the same ad with different offers at the end of the ad to different users, this would work well for a restaurant chain for example, the ad could be a generic branding ad with the final offer related to the end users local branch.

This is a great feature for publishers that use Fluid Player as their HTML5 video player on their websites because it is the only free player that supports VPAID, support for this feature is usually only available in paid for video players. Additionally VPAID allows publishers to set at what time and when the ad will appear within their site’s content. VAST is a basic script for showing video advertising so VPAID is becoming more popular within the industry because it allows publishers to accept more video ad types compared to VAST, which in turn leads to increased revenues for publishers.

Example demos and code for VR here and VPAID here.