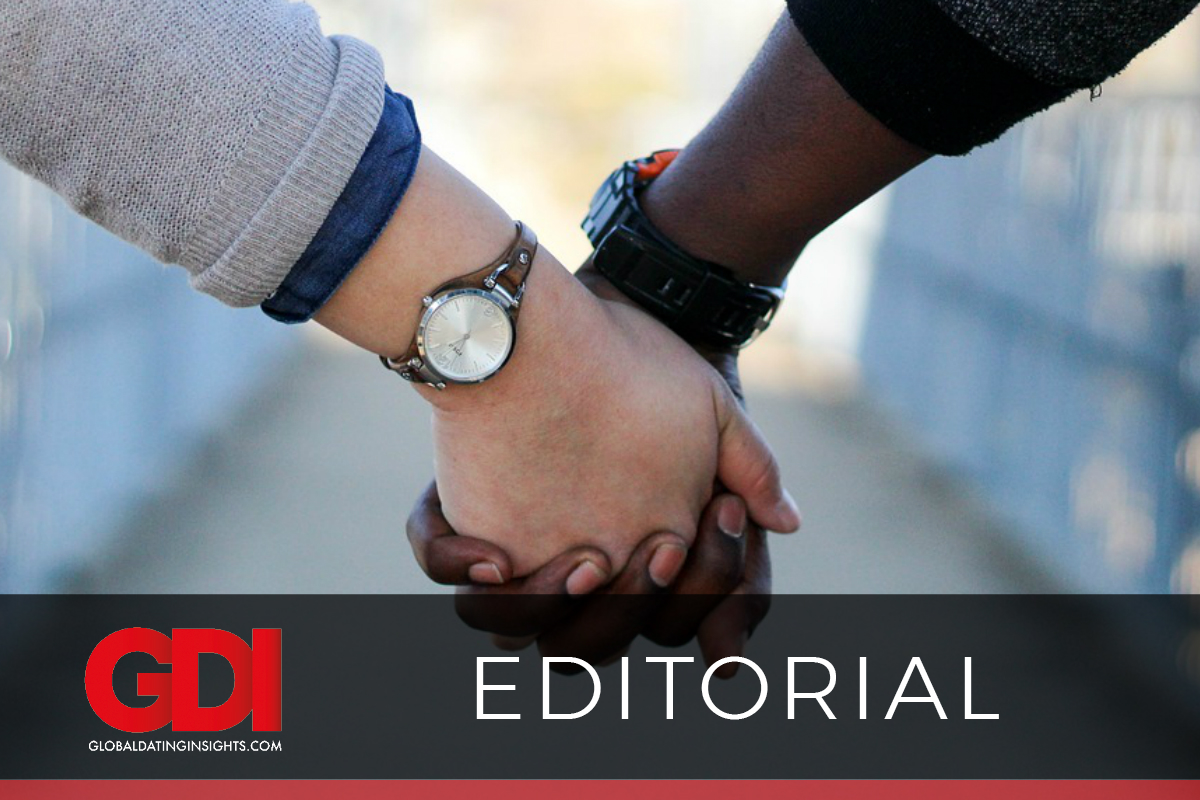 Regardless of where you stand on the politics of gender, social justice and intersectionality, it’s clear that the movement causes mass upheaval every time it arrives in a new industry. Hollywood, still reeling from multiple sexual harassment scandals, now sees public commentary laser focused on pay disparity, inclusivity and representation. Finance and law are said to be emblematic of structural discrimination, while Anglosphere academia is alive with debate over free speech and biology. Online dating apps, some of the most naturalistic and carnal technologies in existence, have the potential to be a major flashpoint in future equality campaigning. Niche white labels, race-based search functions, identity options, abuse moderation and gendered price structures are already sensitive topics, but none have yet felt pay gap-esque heat. In this GDI Editorial, we explore some of the possible legal, technological and reputational issues in this area.

First, shifting attitudes towards gender identity may create (or amplify) a unique dilemma for apps which are built around heterosexual and / or homosexual connection. Swipe-based interfaces, for example, tend to rely upon a user identifying themselves as either a man or a woman and choosing to browse either men or women. Adding a spectrum of genders, many of which are only applicable to a tiny fraction of the population, presents a problem on the ‘search’ side: either heterosexual singles opt-in to view non-binary individuals, or such individuals are automatically added to the male or female results lists. In the former case, the non-binary user will only be visible to a very small handful of actively interested people. In the latter, the majority of users are forced to use a less accurate search. Further, trans and queer folk will (regrettably, but almost certainly) receive abuse for ‘intruding’ into the mainstream dating space.

The disadvantages of each approach leave product designers stranded, particularly if they are on a budget. Speaking to GDI, a major European startup said their whole app would need to be recoded to provide connections that are neither hetereosexual nor homosexual. Non-binary users, therefore, would have to sign up as male or female for the time being. This might mean that the app has to deal with more instances of gendered abuse, however, and this comes at a reputation cost. Further to this, any decision to be relatively unaccommodating to a range of gender identities may come back to bite, as the process of enshrining self-expression into law is well underway in Canada and the USA. Canada has taken steps to criminalise ‘misgendering’ in Ontario, while New York City has introduced and given legal protection to a list of 31 gender pronouns:

“The NYCHRL [New York City Human Rights Law] requires employers[, landlords, and all businesses and professionals] to use an [employee’s, tenant’s, customer’s, or client’s] preferred name, pronoun and title (e.g., Ms./Mrs.) regardless of the individual’s sex assigned at birth, anatomy, gender, medical history, appearance, or the sex indicated on the individual’s identification. Future legislation making dating apps liable for non-binary gender discrimination would not be unprecedented. On the one hand, there is the ‘Christian cake baker’ argument – the Supreme Court has ruled that while religious conservatives will not be compelled to create something artistic for LGBTQ couples, “a retail tire shop may not refuse to sell a tire because the owner does not want to sell tires to same sex couples”. Dating apps could conceivably be obligated to ensure their services are accessible to all, including the gender non-conforming. On the other, apps may soon become responsible for a greater proportion of discriminatory user-generated content on their platforms – recent US FOSTA laws have been one parallel step in this direction. The secure position of unmoderated social networks under section 230 of the US Communications Decency Act (CDA) may be somewhat under threat in 2018. Both scenarios would force major adjustments in how the majority of dating services operate.

Some of the biggest brands in dating have already made alterations to adapt to the changing attitudes, perhaps in anticipation of these issues arising. Tinder has rolled out a searchable gender identity feature, allowing users to choose from a list that includes ‘Agender’, ‘Pangender’ and ‘Transmasculine’. Grindr, looking to lead, has made similar updates, while progressive Bumble has held back. Thurst and LGBTQutie are among the new companies seeking to cater to non-binary people specifically but, likely owing to population density, they have fewer than 15,000 Android downloads between them. The lack of consensus on how to best acculturate dating apps is sure to result in specific providers coming under fire, just as specific universities are called out by left and right for their approach to safe spaces and open debate. Given that the online conversation around gender identity is so vitriolic, even announcing any changes will be a serious undertaking for PR departments.

The movement is also likely to raise difficult questions about a number of white label and niche sites. BlackPeopleMeet, for example, may soon need to justify its exclusionary USP. Cases like this divide opinion: ethnicity search functions in leading apps have been criticised for years, but it is also common to hear “he immediately told me, ‘I don’t like black guys, sorry,’ and then signed off’”. Banning tailored white label sites may push intolerance back into messaging, making every user’s experience worse. However, the founder of Where White People Meet used to argue “(…) it’s hypocrisy to say ‘one group can do this, but another can’t’” – if the agreement is that minority dating sites are okay, then white dating sites must also be permissible. Again, there is no simple solution for the dating sector. Britain’s Uniform Dating has long used diplomatic slogans along the lines of “(…) no matter if you work in uniform or want to meet people who do…” – an approach which might be instructive until consensuses emerge.

This is to say nothing of religious and political dating, nor proudly anti-feminist apps; the further activists look into the dating niche the more controversy they are likely to find. It’s not clear which way each debate will swing, but the combination of legal and social pressure is certain to be a hugely disruptive force. The process of getting multi-billion dollar industries to cohere on these topics is very, very, very messy, and the dating sector has barely made a start.