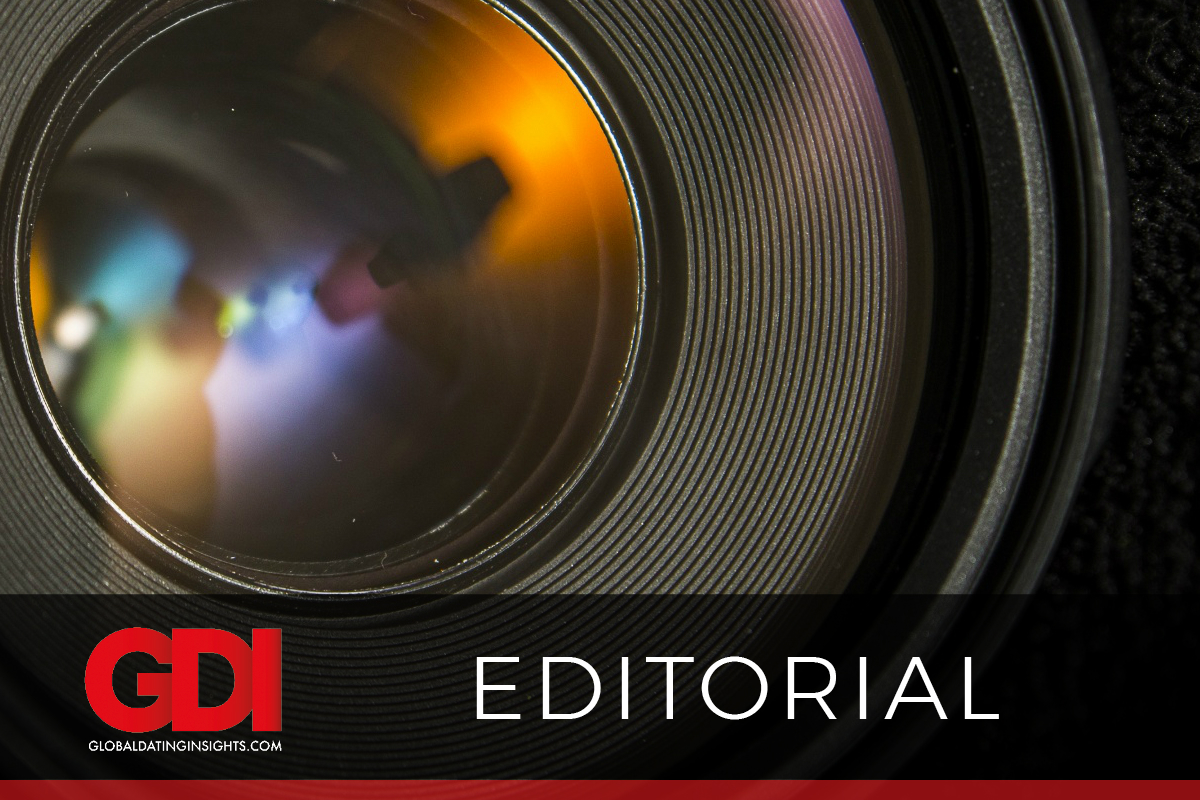 One narrative when it comes to online dating, perhaps the narrative, is that millennial app users are jaded. They swipe through a digital meat market, making snap decisions based on superficial characteristics, then proceed to have a series of meaningless interactions either online or in person. Afterwards, they regret every moment. The exasperated singles have no alternative, however, and keep coming back for another round of variable reward dopamine hits (or so the story goes). Proponents of this ‘dating apocalypse’ worldview argue that the industry desperately needs disruption, be it through algorithmic involvement, community building, events and meetups or AR & VR courtship. This GDI Editorial examines the innovation leading the anti-swiping charge, video streaming, and considers whether it might be able to displace Tinder, Bumble and Tantan as the standard way for couples to e-meet.

Geoff Cook, CEO of The Meet Group (TMG), explained how his brands implemented and monetised video streaming technology in a recent interview with GDI. Users on TMG platforms can date via messaging, but in the time between matches they are able switch over to a broadcasting interface and engage with organically generated video content. In that area of their chosen app, users pay to send animated virtual gifts to their favourite broadcasters. More extravagant animations cost more to send. The content creator receives around 40% of their gifted income, with 60% going to the Meet Group and the Play Store / App Store. In a guest post, Cook said: “Our apps – LOVOO, MeetMe, Tagged, and Skout – have more than 20 million minutes of live video every day, and we have not experienced cannibalization of our core text-based chat. Instead, live video fills the product gaps.”

The technology certainly has momentum, and for good reason. Apps that have reconfigured their interfaces to make broadcasting central have reported users feeling less lonely, while both engaging more and converting at higher rates. They create an online environment analogous to the pub or nightclub – entertainment in one corner, singles mingling in groups and pairs in the surrounding space. If consumers sign off for the night having failed to find an engaging conversation, they do not feel like they’ve wasted their time. Further, the model has been pioneered and proven at scale in the form of Momo, China’s dating app turned streaming site with a revenue to rival Match Group. Investors are just as bullish as the marketers with this in mind: The Meet Group’s stock has more than doubled since early April. Paktor’s parent M17 has been toying with an IPO to capitalise. At a glance, streamer-friendly sites do seem to be on a trajectory to dethrone swipe-based apps. Momo’s $600 million acquisition of Tantan is a hugely significant data point supporting that thesis, and one which is mirrored by the Badoo / Bumble ownership structure. There are strong tailwinds supporting live streaming across the tech industry, from esports to HQ Trivia to YouTube and, as TechCrunch recently argued, video is ‘social media bedrock’ – it cannot be improved upon as a window into someone’s life. A broadcast model can definitely provide entertainment, and it may be the future of engagement, but there is still room for scepticism when one considers how it will mesh with singles’ demands and expectations. How will these platforms become the archetypal dating apps? Will a newly single millennial ever feel like they need to download a one-to-many streaming service?

For the streamers’ narrative to become more compelling, a major question needs to be addressed. Put simply, can the addition of a streaming interface actually help users find relationships? It is difficult to make the intuitive case that it could. Even high quality 1-to-500 feeds have chaotic chat boxes, full of short (often fairly inane) messages, and meeting one’s spouse in such a context is difficult to imagine. While dedicated dating platforms might be less enjoyable moment-to-moment, they have users actively searching and attempting to connect with potential partners 100% of the time. The introduction of streaming detracts from this commitment, and it is likely the number of dates per individual might decline as a result (or dates per hour, if we accept no cannibalisation of text-based chat). If the end goal is engagement, no problem, but the route to a relationship is less clear on these multifaceted services.

Even if that assertion is unjustified, it may pose a problem for marketers. They will need to cultivate the impression that broadcasting apps are where the most eligible choose to spend their time, and have this be more convincing than the notion of swiping through a deck of suitors. Geoff Cook argues “(…) dating apps should be more than utilities”, but goal-oriented singles might fail to see the attraction. Want a date for the weekend? Tinder has the edge. Want a hook-up? Tinder has the edge. Want to settle down? Head to Hinge or eharmony. The acquisition draw becomes good quality influencer content, which moves the platforms further away from having a romantic USP. Peerstream, formerly Snap Interactive, has ditched its dating properties entirely and avoided the conflicted messaging. Streamers can carve out an audience, no doubt, but (as Momo CEO Yang Tan notes) this is not necessarily an audience of ex-swipers.

“The technology certainly has momentum, and for good reason.”

Browsing a handful of dating platform live streams highlights another discrepancy between the claims of confident companies and the actual in-app reality. In PR materials, streamers are playing instruments, joking with their viewers, dancing and celebrating gifts. Log in to watch, however, and this is rarely the case. The first five feeds on one major platform at the time of writing are: 1) A scantily-clad woman smoking a cigar, 2) A man in a baseball cap streaming songs on Spotify, 3) A frame filled by a woman’s elbow as she does her makeup, 4) A woman asking for money, and 5) A man trying to respond to short messages but struggling to make sense of them. Another major platform had no language filter, so finding a relevant stream was difficult. The most entertaining creators, one assumes, would flock to YouTube, Twitch and Periscope (fire up the latter and a musician is broadcasting on the homepage). Convincing them en masse to host on a dating site may prove a challenge.

Perhaps, then, a reframing of the question is in order. Momo’s $8 billion market cap tells one story, while intuitions about dating tell another; this is likely a symptom of categorising the two types of platform as one and the same. An alternative hypothesis is that utility apps, 100% focused on generating dates, will continue to evolve as their own niche. ‘Hangout’ apps, providing a mixture of entertainment, community and flirting, will evolve separately and in a way that is more complementary than conflicting. Second Life peacefully coexisted with eharmony through the early 2000s, for example, and this could be a better predictor of the market than fears of a head-on collision. 700 million singles will be online by 2020, and their interests and preferences as users will not be uniform. Narrowly content-focused streaming sites like Twitch are, again, a separate entity.

The continued success of swipe-based apps supports the idea that this is not a zero-sum game. Tinder has hit new heights repeatedly over the past 12 months, on revenue and logins, while Bumble continues to surge in English-speaking markets. Both platforms are generating new features, A/B testing improvements and refining their approaches incrementally and reliably. There is no inverse correlation between the streamers’ stock and the swipers’. The initial, foundational assumption that the dating industry is failing its clientele seems neither necessary nor warranted in this view, though it might still serve streamers well as a story for attracting investment. View broadcasting apps instead as one might have viewed early Snapchat  – a new subgenre of social media, on the up and making intriguing breakthroughs.

Tomorrow’s singles might swipe or stream or both, depending on the individual, and it’s straightforward to make the case that this is already true (particularly in Asia). That said, neither party has room for complacency – machine learning will intersect with a budding compatibility science over the next decade, and unrecognisable matchmaking facilities are likely to emerge in some form. Facebook’s market entry marks another threat, notable here for its simultaneous moves into live video and dating. The best way to understand the industry’s video trend, however, is as an example of divergent evolution. Expect the services to thrive, but in a different environment and with a different focus.

Streaming apps have been invited to respond.