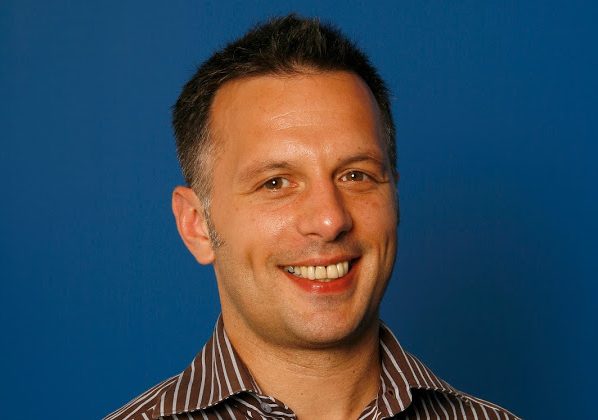 Find the full interview below:

You’ve given us some great insight on Gen Z dating trends. Would you be able to say a few words about millennial consumers, Gen X and Boomers, and how each cohort relates to social and dating applications?

PF: “It’s a good question. With many of the social applications and dating applications, we find that they’re intertwined. 66% of Gen Zers are exchanging their social handles, like Snapchat and Instagram, within dating app platforms. What we’re finding, however, is that this number goes down as the age range increases.

The other thing is that the expectations on dating apps are different depending on the age range. What we’re finding is that Gen Z are more likely to think that certain dating sites and applications are old fashioned. One of the things that we hear, and this is supported by the research, is that there are many Gen Zers who don’t necessarily want to use the same dating sites as their parents.

What we’re also finding is that regardless of the brand, innovation is really critical – particularly when it comes to Gen Z and dating. They’re looking for something that’s going to be assistive – that’s going to help them make better choices – or they’re looking for a brand like Bumble that has more of a purpose to it. Something that’s aligned with their values. Think that’s one trend that we’re seeing more, and not just in the US.”

Returning to Gen Z, you gave the statistic that 41% of 18- to 24-year-olds learn about dating apps through online video sites. What accounts for the other 59%, and what should marketers prioritise?

PF: “53% of Gen Z were finding sites through word of mouth. That was one of the largest ones. Also, through social media posts was very high, that was around 50%. Then, search engines and browsing through app stores were both around 40%. Those were the high ones.

What was less was online articles and content sites. That was around 27%. By the way, word of mouth at 53% was lower than for other categories. In home services, for example, it’s almost 90% word of mouth. Dating is less than some other industries there.”

A majority (51%) of Gen Z consumers think video is important in dating, yet video dates aren’t often talked about as a widespread phenomenon. How do younger consumers relate to video?

PF: “As I mentioned in the blog post, Gen Z is borderless. They want to explore options that are outside their immediate vicinity, and the easiest way to do that is through technology.

It’s almost in their nature based upon who they are as a cohort – with 48% of them being minorities, versus 39% for millennials. I think who they are influences who they choose to date.

The other interesting point that we saw is that 64% of Gen Z say online dating apps allow them to be more diverse in who they date. That’s a big factor.

Gen Z are more comfortable using technology, whether you’re using Hangouts or Facetime to communicate with someone, particularly on a mobile device.”

Are there generational differences in openness to subscriptions and in-app payments?

PF: “We had some ‘myths’, and a few of those myths did not pan out.

One myth that we were told was that in China, subscription businesses wouldn’t work. It’s totally untrue.

What works is when app companies provide a monthly fee versus an annual fee. It’s more appealing as a price point to the consumer, but also it feels easier for that consumer to opt out. We’re seeing more and more app companies starting to do that.

Something else we looked at was the openness to paying for subscriptions in Gen Z versus millennials, and also for 50+. The difference was negligible, we’re talking about 0.1% of a difference. It’s nothing to write home about, and I think that trend will continue.”

Let’s take that apart a little bit. We’d expect older consumers to have more disposable income, so it’s interesting that subscription rates are the same. Is that likely because younger targeted apps are at a cheaper price point?

PF: “We actually thought that Gen Z would be more price sensitive, and what we found was we were wrong. Price isn’t what puts them off. What really puts them off is bad sites. 42% of Gen Z said the reason why they wouldn’t use an app is because they weren’t interested in the matches they were providing. It’s actually the results they were getting.

What was interesting is only 5% would stop using an app based on an increase in subscription costs, versus 14% of the 50+ generation. I found that fascinating – price wasn’t the thing that was going to stop them, it was how assistive they were and whether they felt they were getting good value in terms of matches.

I think the brands that are worth the price – depending on age you might have Tinder and Bumble for millennials and Gen Z, Match for 35 and up – people are willing to pay that price.”

That’s interesting. So it stays relatively stable across something like Tinder, which has a very low monthly cost, and something like eharmony which charges a premium. It’s the experience which is central, even if it’s five times the price?

PF: “It’s about whether you’re getting good matches. Was the site a good experience? Speed is a big thing, we’re finding this more and more, particularly in Gen Z. They are impatient.

What apps are doing is defining people’s time, and people are becoming more and more impatient with mobile apps. That’s going to put off a Gen Zer more than price.”

What other key takeaways can Google provide from the research you’ve conducted this year?

PF: “There’s three trends that we’re seeing, in terms of driving shareholder value but also in terms of trying to get investment. The first is the ability to demonstrate innovation and the ability to embrace what I believe is the biggest technology trend – AI and machine learning. That’s a big one for us, you’re seeing a lot of companies like Google and Amazon investing in these areas. [Not doing so] is kind of like betting against the smartphone ten years ago.

The second one is the ability to monetise mobile web and apps. Dating is definitely ahead of most industries, but other industries are catching up. The one thing I’d say the dating industry needs to think about is, as dating commoditises, ancillary revenue. When you think about mature online industries like travel, they had to [consider this]. You’ll see more bundling of services; if you’re going to go on a date why not book a meal? Or book a theatre ticket? There’s much more added value, so I think you’ll see more bundling of services.

The third one, thinking about the long term, is about brand recognition. Tinder is definitely a recognisable brand, and people are describing apps as ‘Tinder-like’. To swipe something is considered ‘Tinder-like’ – we’re hearing that more and more. It’s efficient [for the user].

Bumble is a very good example of a purpose-driven brand. It’s really tied to empowering women. If you think about the ‘the ball is in her court’ campaign with Serena, then Priyanka Chopra with #EqualNotLoose, having that purpose is really resonating. It resonates in many markets, it’s not just the US – we’re seeing this in India and Europe. It’s something people really care about.

Being assistive or being purpose driven is very important to Gen Z, so those two are great examples.”