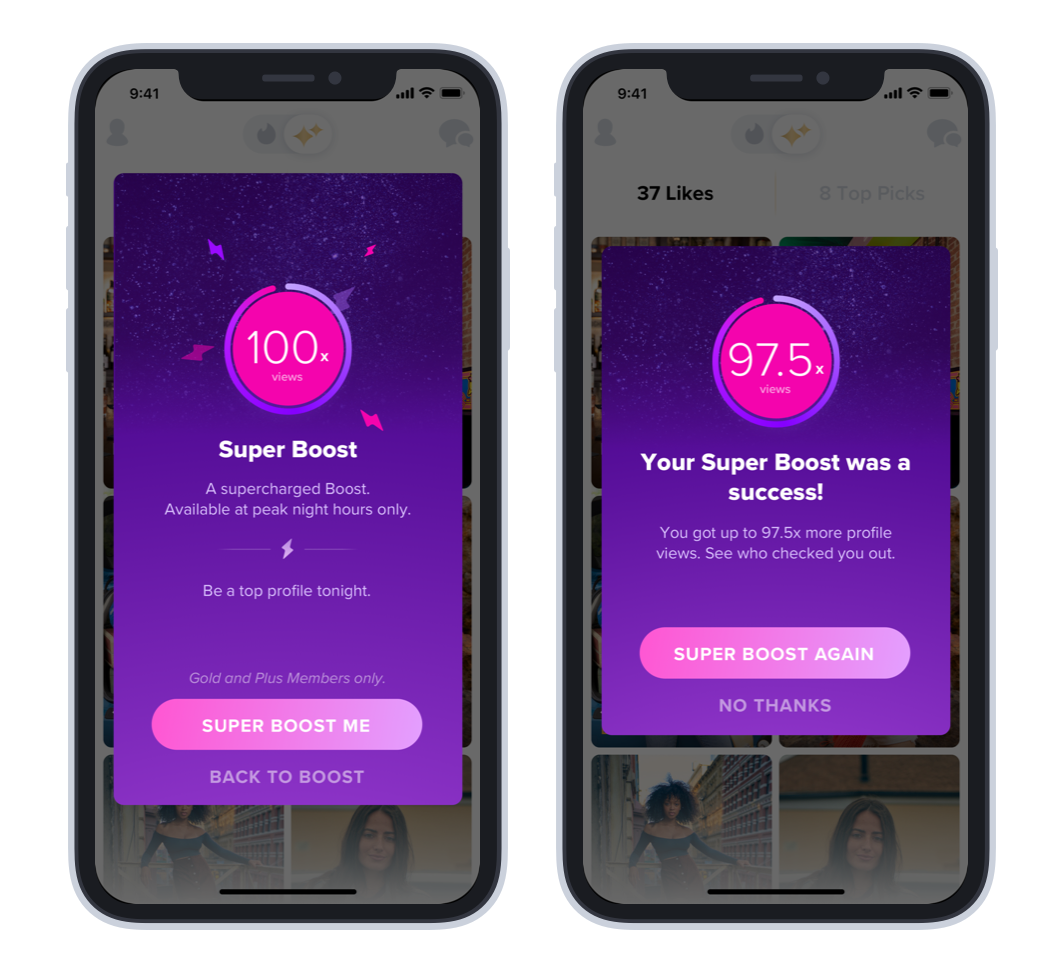 Tinder has announced a new à la carte feature called “Super Boost”. Uniquely, the upgrade is only available to those users who already have a Plus or Gold subscription.

It is distinct from Boost, which was introduced in 2016. Boost promotes profiles for 30 minutes, and claims to give singles up to 10x increased visibility.

Super Boost, which can only be activated at “peak night hours”, offers a 100x bump in visibility.

Tinder’s blog post reads: “We get it, nobody likes lines. That’s why we’re testing the ability for Tinder Gold and Plus subscribers to purchase an upgrade that helps them cut to the front and be seen by up to 100x more potential matches.

“Yep, you read that correctly: up. to. one. hundred. times. more. views. Get ready for Super Boost.”

TechCrunch reports that Super Boost may be priced dynamically, as is the case with Boost. Tinder’s à la carte charges vary by age, location and other factors. The features made up around 30% of the app’s direct revenue in Q4 2018.

The same Tinder announcement notes that the product team is “unlocking Read Receipts”. Users will be able to switch this off in their settings, however, and prevent their matches from finding out whether they have seen a message.

The new additions will “begin testing in select markets soon.”