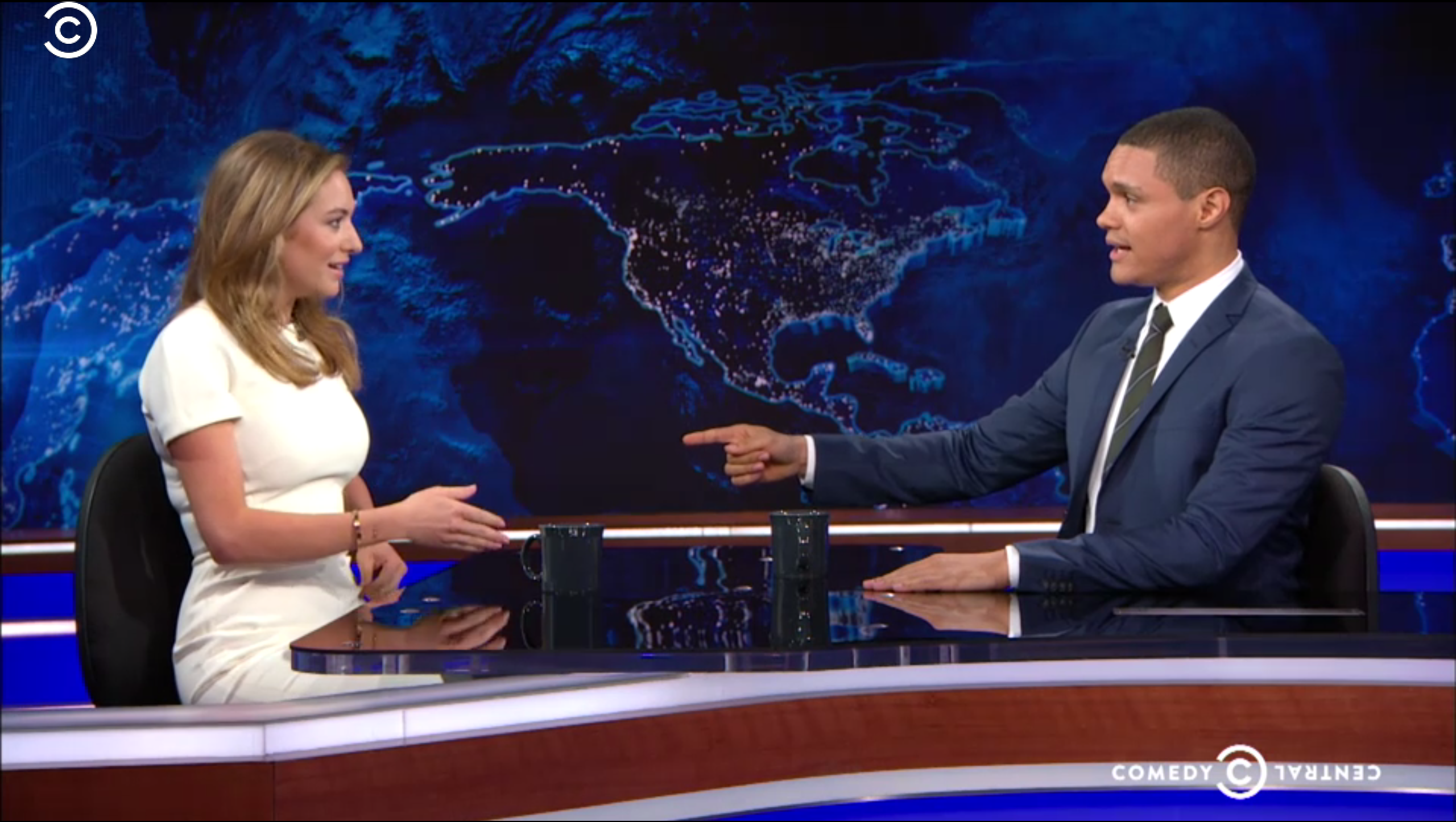 In the US, the incredibly popular news satire program The Daily Show has entered a new era, with South African comedian Trevor Noah taking the reigns from John Stewart, after his lauded sixteen year stint as host.

And on Noah’s second ever show, the main guest was Whitney Wolfe, the founder and CEO of dating app Bumble.

Wolfe, who previously worked for, and later sued, dating app Tinder, appeared on the show to talk about Bumble’s female-focused dating “movement”.

As she explains to Noah, she created the app, on which women have 24 hours to initiate conversation with their matches, because: “In the current landscape of dating, right now, all the expectations are on the man to make the first move, and that’s broken because what if you’re shy, what if you’re nervous, what if you’re tired of doing that?

“And on the contrary, women are expected to sit on their hands. So I can walk out of a board meeting, or I can leave any type of exciting unique experience, travelling, doing whatever, but I’m not allowed to text a guy first.”

The interview, which starts slightly awkwardly, both appearing a little nervous, grows as Noah speaks about the level of expectation many men feel to make the first move, and his own dating app experiences.