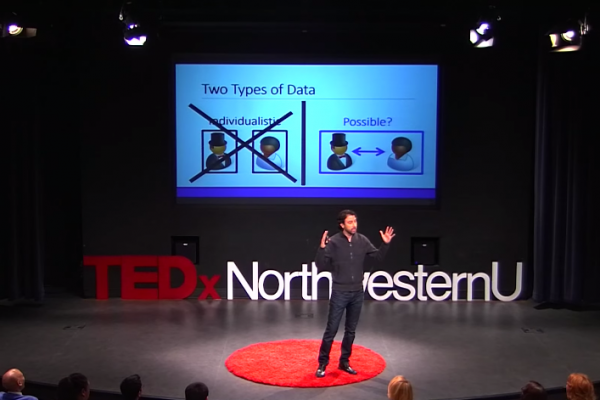 Professor of psychology Eli Finkel has given a TedTalk on whether technology, and the algorithms that dating sites currently use, can really find us love.

In his talk at Northwestern University, Finkel argues that using shared personal information to match people together is not as effective as using data related to the interaction between two people.

He says that analysing traits like language patterns, body language and other such “non-conscious synchrony” can be much more useful in determining mutual attraction.

No only this, but he also claims that such data is an important indicator to whether the couple will have greater compatibility over time.

Finkel says that while many different algorithms have been built by online dating sites that use personal individualistic data to match users, that “to date, no matchmaking algorithm has been built to capitalise on couple-level or dyadic data”.

And while it might seem difficult to develop an algorithm based on physical interactions, Finkel also says the same language pattern compatibility applies to messaging communications.

He uses the example of an experiment they did with undergrad students who had been in a relationship for around 16 months.

And with such technology like Siri, facial recognition and video calling, Finkel argues that “for the first time it is tantalisingly within reach that we can build a matchmaking algorithm that actually sets people up with partners with whom they are truly romantically compatible with”, by incorporating such non-conscious synchrony features into new matching systems.