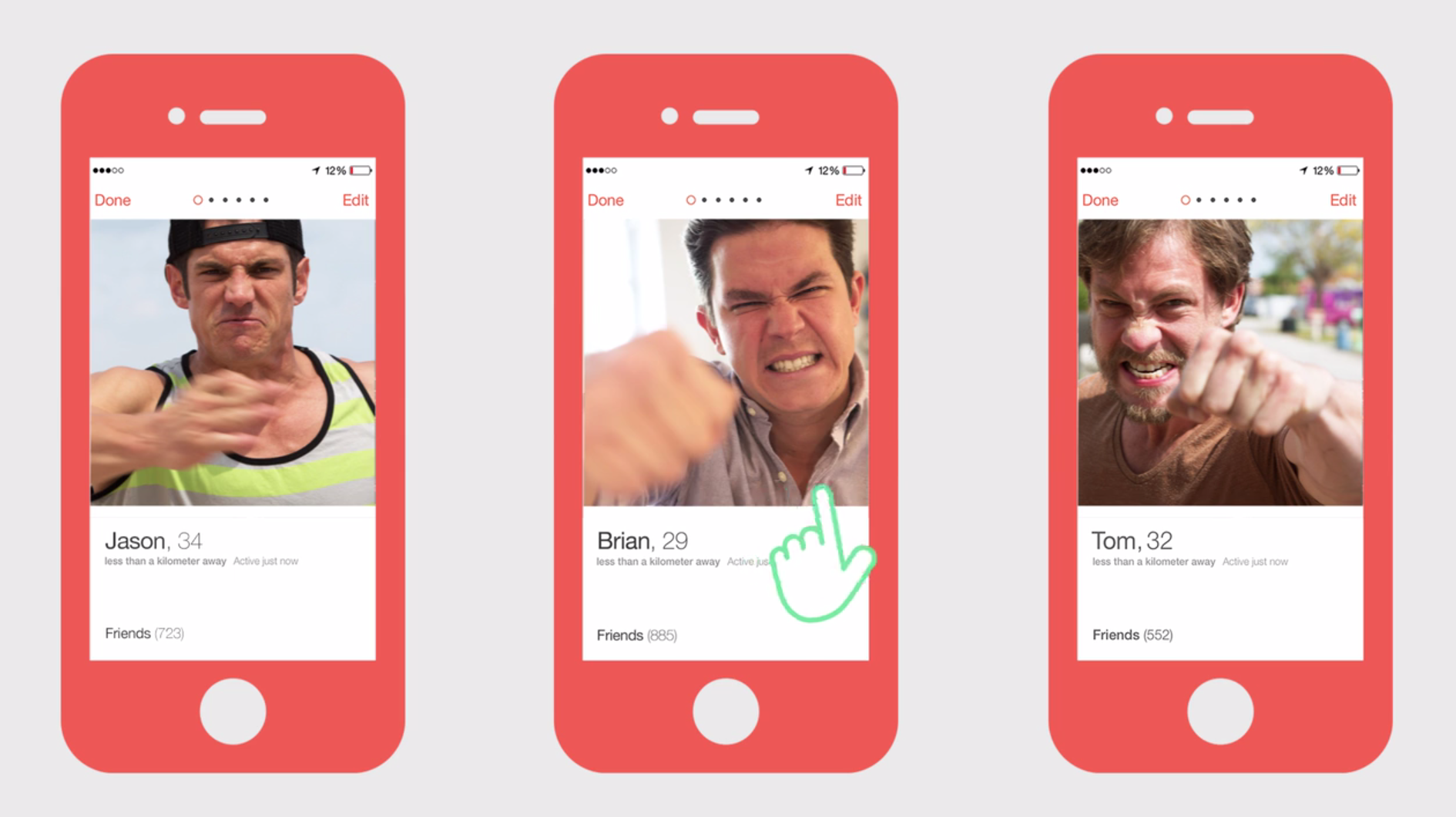 A domestic violence centre is using Tinder to warn singles about the dangers of domestic abuse.

Part of a new campaign called Tinder Beater, US organisation Women In Distress has created fake profiles and added them to the app to raise awareness about the issue.

Women In Distress want to let women know that “even the most promising of relationships can get ugly in an instant.”

As the Florida-based domestic violence centre said in their promotional video, domestic abuse comes from men who “most of the time started their relationship as their perfect match.”

The organisation says that every nine seconds a woman is domestically abused in the US.

The campaign and video was produced alongside ad agency Bravo/Y&R, in an attempt to raise awareness of this problem in “the place where women are looking for their matches in the mobile era.”

After creating the three profiles and adding them to the app, the Bravo team swiped right on every profile they encountered, to try and reach as many women as possible.

And it has so far had positive responses from Tinder’s female population, who swiped right on the profiles to get the centre’s information and thank them for the campaign, messaging things like:

“That’s great! I shared this info with a friend that needs it.”

“Interesting … I’ve been there long time ago. And thanks.”

“Thanks for doing this. I know this very well … I lived it.”