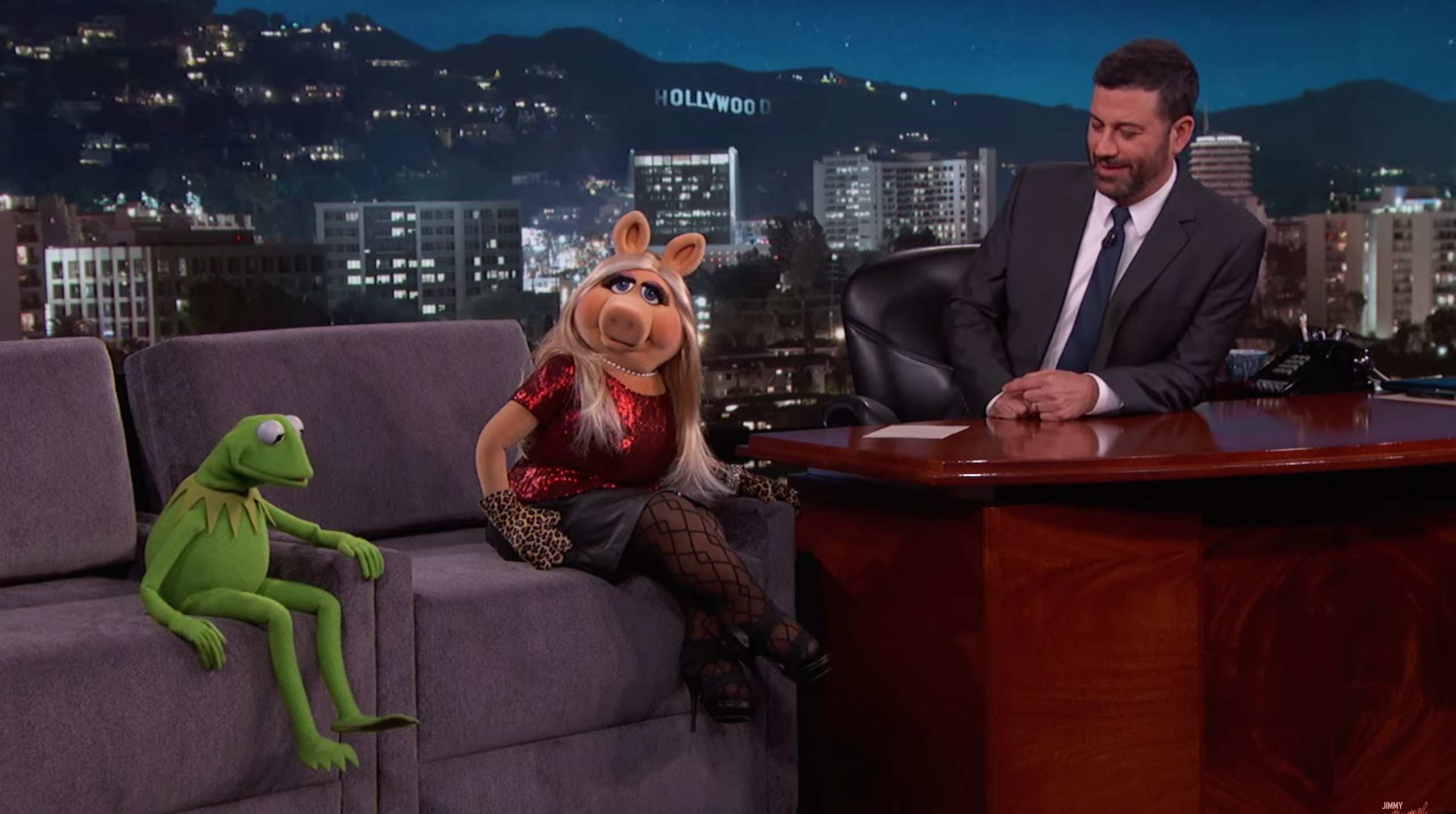 Following their high-profile breakup earlier this year, Miss Piggy & Kermit the Frog recently stopped by Jimmy Kimmel to discuss life after each other.

In the awkward interview, the Muppets bickered about the reasons why they broke up (“doing the dishes while taking a bath in the sink” said Miss Piggy, “Well, I am a frog” replied Kermit) and how their current love lives are going.

Kermit spoke fondly about his new girlfriend – “old enough” Denise, who is head of marketing with ABC.

Miss Piggy on the other hand – who said she is like “the Donald Trump of love, everything I do is huuuuuuge” – was told by Kimmel she should join dating app Tinder, and revealed a mockup of her potential profile.

The bio for Miss Piggy’s profile reads: “Lookin’ for guys into stys. Let’s get this pig in a blanket”.

The two were on the show promoting a program called The Muppets on ABC, which follows the characters behind the scenes of a new talk show called “Up Late With Miss Piggy”.

The famous couple announced they were no longer in a relationship in August, in a joint statement published online.

The note, posted by both parties on social media, said: “After careful thought, thoughtful consideration and considerable squabbling, we have made the difficult decision to terminate our romantic relationship.”

Watch the Kimmel appearance below: