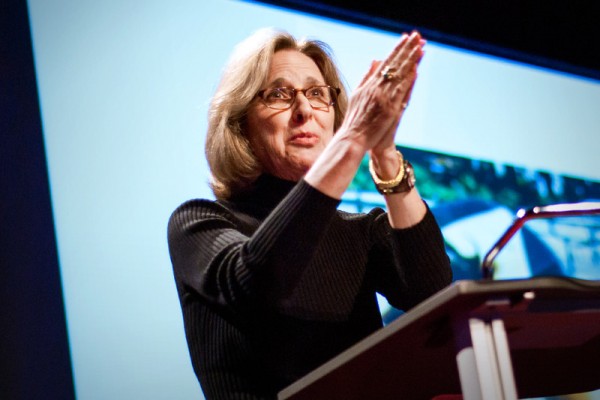 An expert on romantic love, and Match.com’s chief scientific advisor, Helen Fisher has done a TEDTalk on our anthropological need for love.

Fisher studies love, romance and personality, and she talks about how humans have evolved to create a craving for love.

She says her research is based on the idea that “our brains are actually wired to fall in love, that there’s actually a drive, a brain circuitry that developed millions of years ago that’s devoted entirely to romantic love.”

Fisher mentions a recent study her team conducted, where they scanned the brains of people who were in different stages of love – those in the early throes of affection, people still in love after 10-15 years of marriage, and those who had just been dumped.

They found that these people all had activity in the ventral tegmental area of their brain, where the natural stimulant dopamine is released to the rest of the brain.

She said: “It’s part of what we call the reptilian core of the brain associated with wanting, with motivation, with focus and with craving.

“In fact, the same brain region where we found activity becomes active also when you feel the rush of cocaine.”

Fisher says this part of the brain, and the human need for love, has evolved over our history.

When we moved from standing to walking “females began to need a partner to help them rear their baby, and we evolved, in the human animal, the brain circuitry for romantic love and for deep, profound attachment to another individual – the very hallmarks of humanity.”