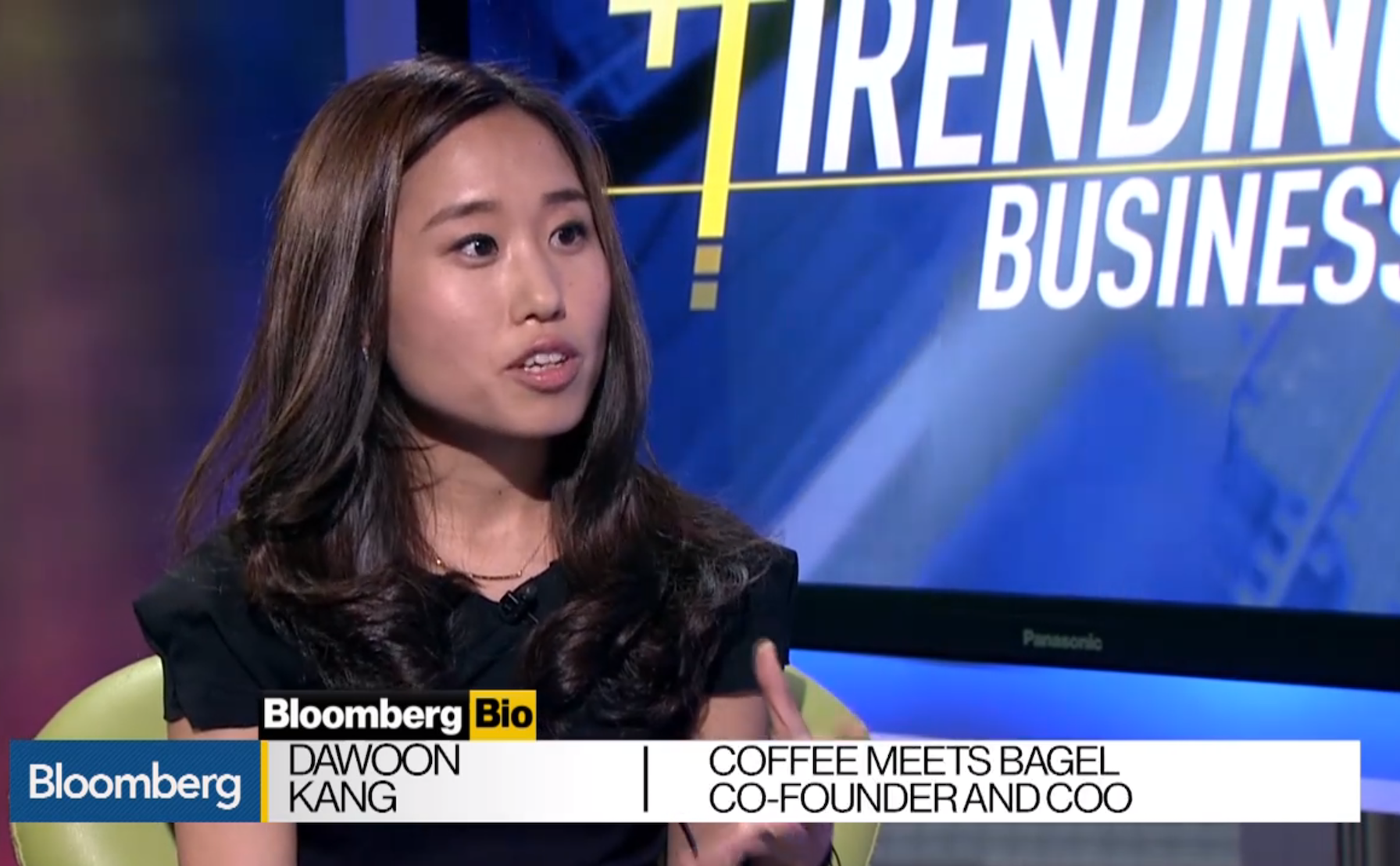 The co-founder of Coffee Meets Bagel, Dawoon Kang, appeared on Bloomberg recently to talk about the dating app’s promising progress over the past year.

Emphasising the “female-focused” philosophy of Coffee Meets Bagel, perhaps inspired by Bumble’s success with this marketing angle, Kang speaks about its business model and plans for the next year.

Such features include the newly-released Ladies Choice, picture feedback tool Photo Lab or the Super Like-style Woo, and Kang tells Bloomberg’s Rishaad Salamat that although the company is not yet profitable, focusing more on its monetisation strategy has helped the company record double digit monthly revenue growth since the start of the year.

In terms of future plans, the one-a-day dating app is currently only available in English, but the company has plans to translate the app into Chinese and Korean to expand into these markets.

Check out the full interview over at Bloomberg.