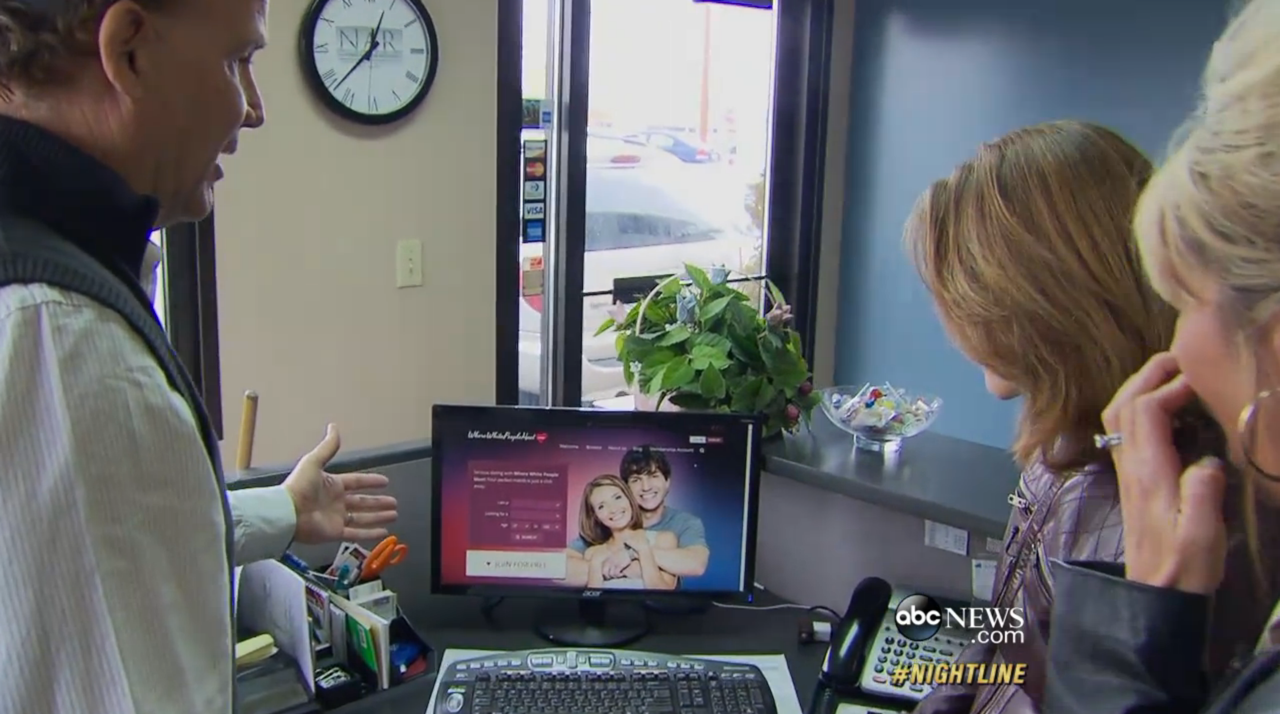 At the start of this year, one of the dating industry’s most controversial sites was launched – WhereWhitePeopleMeet.com.

It made headlines around the world after a roadside billboard for the subscription-based site was erected outside Salt Lake City in Utah.

The site sparked a conversation about race & discrimination in the US, with the advert eventually being taken down by the billboard owner after a flurry of complaints.

And recently, ABC News went to visit the dating site’s owners, Sam & Jodie Russell, to talk about the flak they have received, their own reasons for creating such a controversial site, and why they believe they are helping the debate, rather that piggybacking on racial discrimination.

The segment, which also references research by OkCupid on race & online dating, also sees ABC talk to the couple’s son Holden, who helped built the site and moderates any unsavoury content posted to the site, as well as Dating Ring co-founder Emma Tessler, who describes the site as “appalling”.

Check out the segment below: