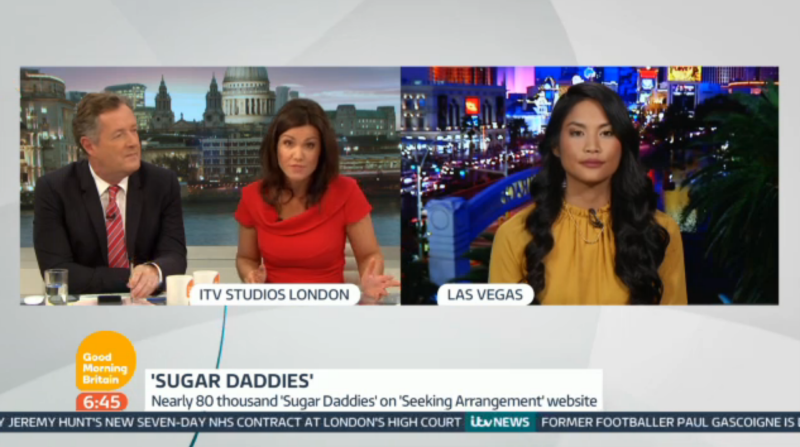 Earlier today on Good Morning Britain, there was a segment on sugar daddy dating services, featuring interviews with people who use such sites, and those who run them.

The section was split into two – the first an interview with two female “sugar babies”, Holly and Clover, who used Seeking Arrangement and defended the site and the relationships they’ve built from it, saying they are mutually beneficial and that sex is not a prerequisite.

The ITV show also spoke to “Darren”, an anonymous user of Seeking Arrangement who talked about his experiences using the site, admitting he has slept with “the majority” of the women he has met on the site.

In another part of the show, Piers Morgan and Susanna Reid also grilled Seeking Arrangement’s Angela Jacob Bermuda about the service, asking why it isn’t any different from a standard escort agency with men exchanging money for sex, and women being potentially exploited.

Check out the segment here.