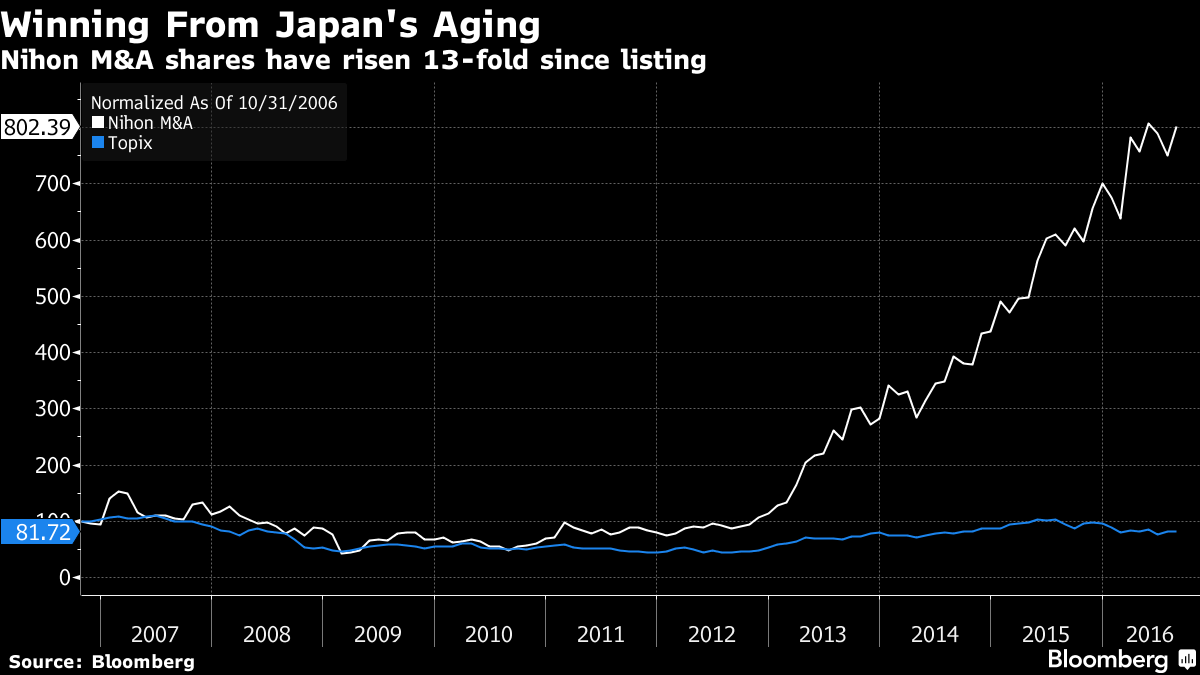 A company called Nihon M&A that helps Japanese CEOs find a successor for their company has seen its stocks surge by a massive 1,1170%.

Bloomberg has the interesting story about the company, which was set up by Yasuhiro Wakebayashi in 1991 and went public in 2006.

Nihon M&A works to help elder company CEOs who don’t have a successor find someone to take over once they retire.

As President of Nihon M&A, Suguru Miyake said: “We’re matchmakers. Thousands of companies need these services, but almost nobody is providing them.”

Miyake himself used the firm to pass on the blue-chip business he founded, when he realised that none of his 90 staff had the funds to buy him out.

And after selling his business he joined Nihon M&A, which has seen fantastic growth in recent years – this year registering a 25% jump in quarterly profit.

To find out more about Nihan M&A’s success click here.