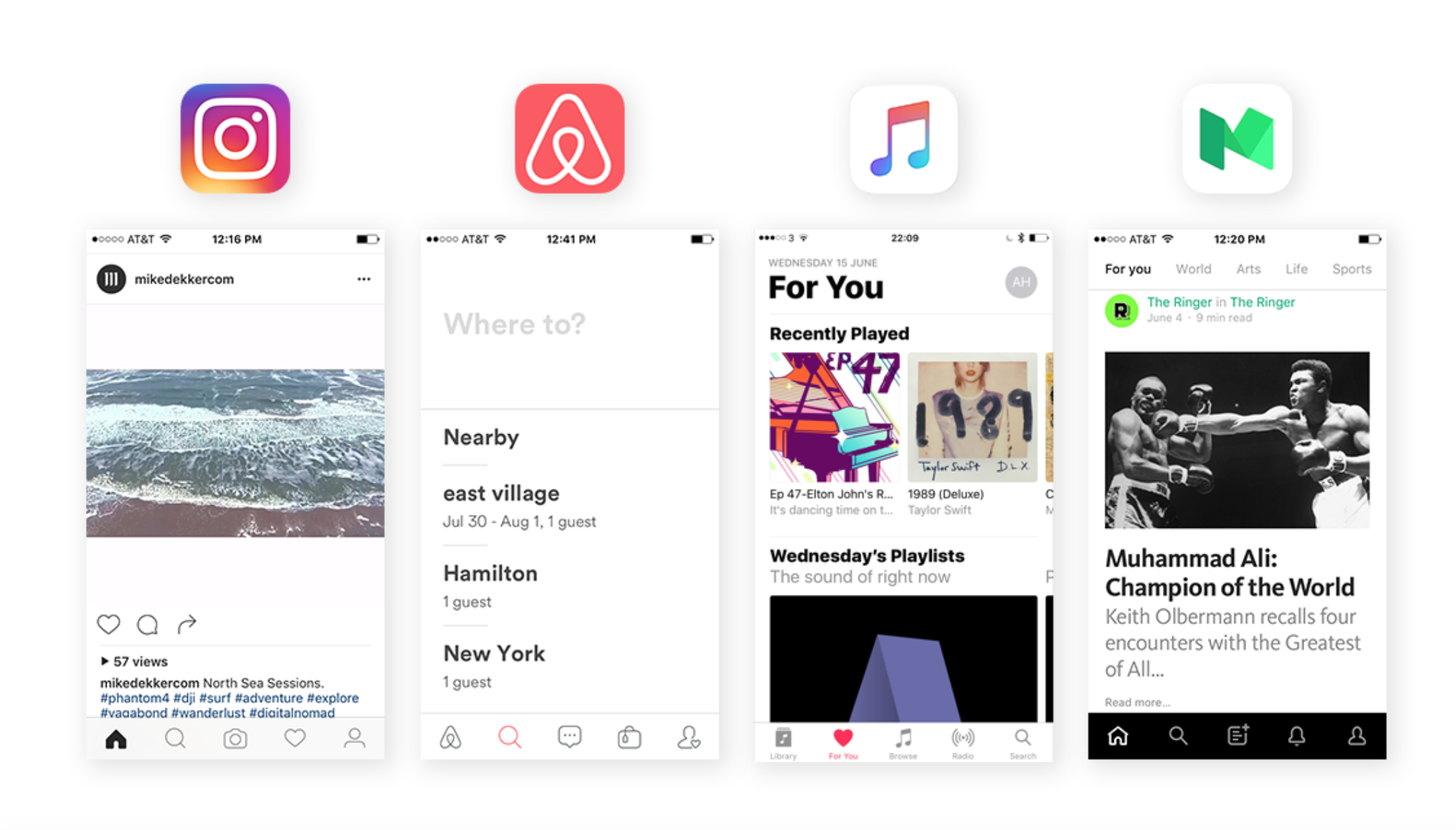 A new style of minimalist design is sweeping some of tech’s most popular apps, according to a new blog post by Swarm UX/UI designer Michael Horton.

In a Medium article, he calls the design trend “Complexion Reduction”, a term coined by Horton that refers to a number of common design features that have recently been implemented by some big-name apps.

The design is characterised by three things – bigger, bolder headlines, simpler more universal icons and the extraction of colour.

The Swarm designer says he first noticed it on Instagram, before a similar style was used in Airbnb’s newest update, then by Apple for its iOS 10 Apple Music upgrade.

Horton says this means it’s likely more of your favourite apps will begin to look the same, because “much like the NFL, tech is a copycat league”.

And perhaps we will see dating apps follow this more minimalist trend in the coming months and years.