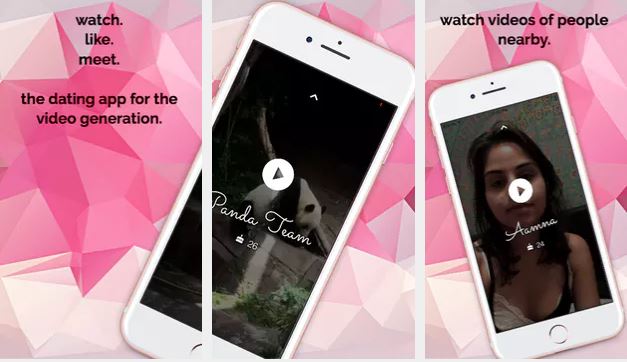 The maker of new video dating app, Panda, has been asking for feedback online on how to improve the app prior to the official launch.

Instead of profiles containing photos, the app enables users to watch 30 second clips of nearby people and match with the ones they like.

The app is set to be launched in a few weeks but the maker, Paari Kandappan, has taken to Product Hunt to see how people think they can improve the app.

On the site, Kandappan, published a post to the users on Product Hunt about his app, and a discussion has been formed as users replied with their feedback.

They also asked questions about the growth, video dynamics and potential future features for the app. He responded to each post to gain further ideas for the app, with one person asking: “How are you approaching growth for Panda?”

Kandappan replied, saying: “For digital outreach, I’ve seen the best metrics with Snapchat as opposed to Facebook or Twitter.

“Snapchat is a totally different beast though that requires a much more human connection with the people you’re talking to (this is said a lot but is the most important thing).”

He added that the app will make it easy to shoot user’s video by asking potential matches three questions in a lighting-round format.

You must be 18+ to use the app and will be free to download here soon.