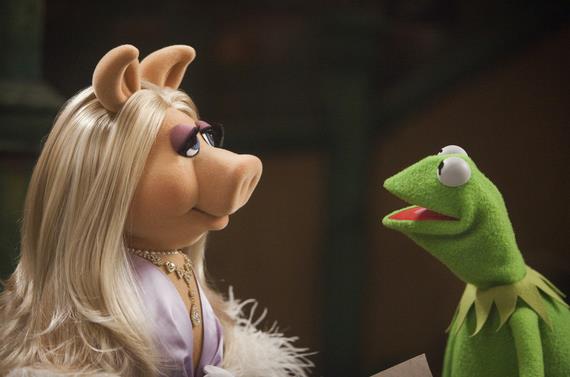 Kermit the Frog has joined the ranks of singles searching for love on Tinder, following his high-profile break up with Miss Piggy.

The couple announced they were no longer in a relationship earlier this week, in a joint statement published online.

The note, posted by both parties on social media, said: “After careful thought, thoughtful consideration and considerable squabbling, we have made the difficult decision to terminate our romantic relationship.”

The muppets said they would continue their professional relationship on ABC’s The Muppets.

Here is the official statement from @RealMissPiggy and myself regarding our relationship: pic.twitter.com/uHCSsokqWR

And true to the statement, Miss Piggy and Kermit the Frog are indeed seeing other people, pigs and frogs.

Kermit’s profile was recently spotted on dating app Tinder, which said he had “just got out of a long-term relationship” and was looking for love. The profile, which lists Kermit as 37 years old, says “let me been your lean, green, lovin’ machine”.

Kermit even admitted to Entertainment Online he was seeing another pig called Denise from ABC.

Speaking about his fascination with pigs, the famous frog said: “It’s the curly tail. It’s fascinating. I don’t know why it makes a difference to frogs, but it’s pretty cool.”