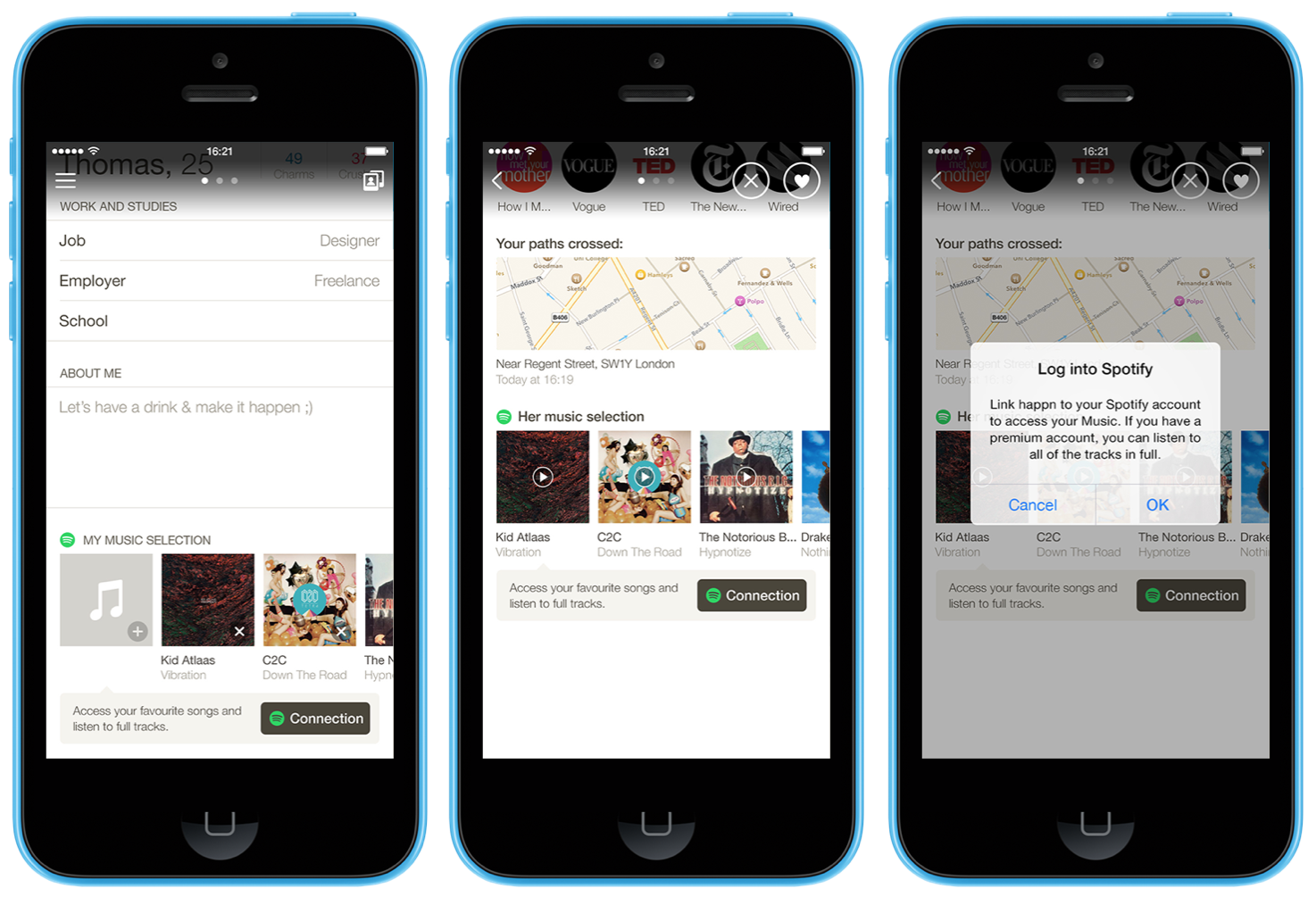 Earlier this year, French dating app Happn introduced an innovative new way for singles to connect and introduce themselves, by way of a high profile partnership.

The company hooked up with Spotify’s API to let users send one another songs on the dating platform.

Happn users can send tracks to their matches via chat, and add songs to their dating profile to show what music they like. And three months after its release, the app has revealed the songs that are sent most often between singles.

Unsurprisingly, the feature seems to be regularly used as an icebreaker to open the conversation – with “Hello” by Lionel Richie proving the most popular choice.

The Lionel Richie classic was joined by “Thinking Out Loud” by Ed Sheeren, “You Sexy Thing” by Hot Chocolate, and “Escape (The Pina Colada Song)” by Rupert Holmes.

Check out the full list of the most popular songs below:

Top songs sent by men in US:

Top songs sent by women in US: