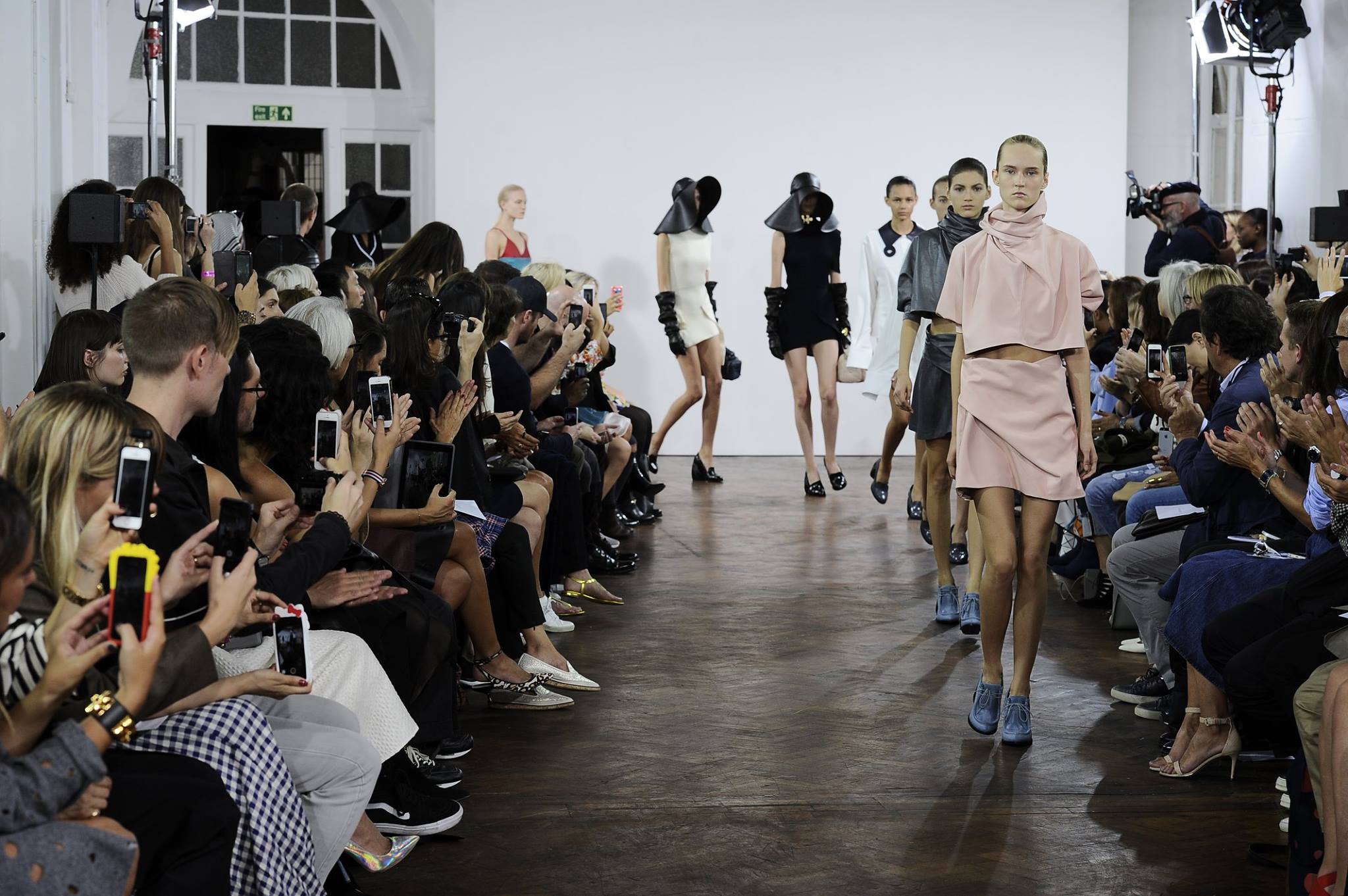 The firm is run by Sylvie Picquet Damesme and Pierre Rougier, and does PR for fashion giants such as Dries Van Noten, Versace and Rick Owens.

At the time, Grindr’s VP of marketing, Landis Smithers said: “While we knew PR Consulting might seem unexpected to some, their approach has always been highly creative, responsive and pro-active. We are thrilled that they also understand and embrace the vision we are developing.”

And now we are starting to see the fruits of this decision, and perhaps a hint about how Grindr plans to position itself as a brand for the future.

The 31-year-old designer, who last year won both menswear and womenswear designer of the year at the British Fashion Awards, told the New York Times the decision to stream his show on the app was a “no-brainer”.

The British designer said: “I think fashion is a sexy platform as well, ultimately. We’re all humans, so we all have to be somewhat sexually attractive to someone. That’s the name of the game, with clothing.”

His Sunday show will not actually be streamed through the app itself, instead, users of Grindr will get a link and a code, and they can watch the live stream on a phone or tablet.

The move seems to be part of a drive towards turning Grindr into a “lifestyle brand”, a move CEO & founder Joel Simkhai spoke about in an interview last year.

This is likely inspired by the fact that 25% of Grindr’s revenue now comes from its advertising platform, and last year the hookup app launched a number of fruitful partnerships with third parties, such as selling gig tickets for Nicki Minaj and Madonna.

The J.W. Anderson collaboration is certainly an impressive next step in this lifestyle direction, and with J.W. Anderson a client of PR Consulting, its one that shows the PR firm’s clout in this industry and whets the appetite for a year of surprises from Grindr.

The stream will go live on Sunday 10th January at 10am.