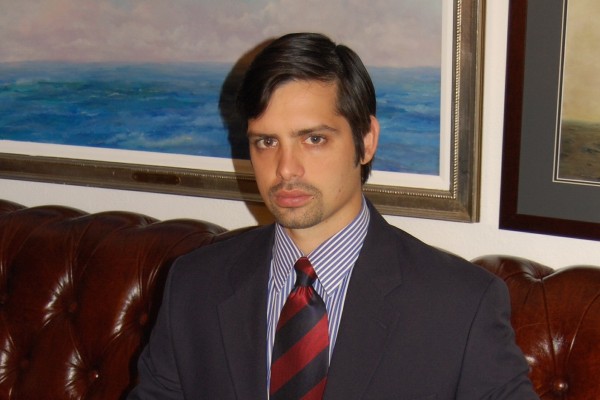 Can you describe your role and what you do in one sentence?

My role is to oversee dating advisors give consistent and effective dating advice to online dating site users.

Dating Advisors is based on IDCA methodology, and it is a service for online dating sites to give their users access to live chat dating advisors as a premium service. Think of technical chat support, but instead of technicians, you have certified dating advisors who can zero in on users’ unique online dating problems, in real time. Problem with your profile? Not getting responses to your messages? Not sure how to pick your photos? Live dating advisors will help. We found many consistent bad message and profile patterns, and we train advisors how to spot those issues and address them.

What is your personal style in business in three words?

How did you get into the dating industry?

In summary, I was bad at dating and confused about how meeting and dating works, so I focused on changing. It took me a few years to solve it, and after I did — which was about 12 years ago — I realized there were plenty of people who had the same problems I used to have and that I could help them. That was my start in the dating coaching industry.

Why do you think date coaching is so important?

Dating is a skill. Before, when you would just marry young, you didn’t need these skills. As of the past 10-15 years, dating coaching became much more important because dating is significantly more chaotic now — statistics show that the majority of college educated people don’t get married until their 30s. That’s a lot of dating to be done.

We are staying single and therefore date for much longer. We have a lot more dates, and because online dating makes it easier to go on more dates, an average person has 4 times as many dates as they would 10 years ago. You don’t have to be a statistician to see that this is a tremendous increase.

This has resulted in us having many more options than ever before, and the more options we have, the harder a time we have of making the decision of who to settle down with. Literal dating paralysis, over analysis.To be clear, there is a big difference between a dating coach and a dating advisor. Dating coaches run a business, where he or she is a business owner who has to do marketing, sales, seminars, promotions, negotiations and finance, in addition to being a dating coach.

We see it all the time when coaching clients: dating habits are shifting. That’s why a live dating advice service can be critical for the future of online dating, as people not just want, but need, personal attention because dating is far more complex than ever before.

What is the most common advice you give to clients?

Not just me, but all IDCA dating coaches, are focused on making clients aware of their problems. For men, it’s usually being needy and for women it is not being able to show signals even when she is interested.

What are you most proud of in your role?

I am not a proud guy, and I don’t look for laurels. I personally want to show everyone that dating is like a muscle — if you don’t exercise it, magic won’t happen. To some people, being a good dater comes naturally based on their existing social skills, yet for the majority of people it is anything but natural. I want people to realize that dating “luck” is changeable and it rarely has to do with luck. That’s why I feel I am here, I see dating trends because I am on the inside of the dating industry and they are alarming. I would like to help people not have miserable dating lives, just because they are not aware that it can be different.

What is the best tip you give clients?

There is no such thing. Tips don’t work, dating is a skill, and it is rooted in the psychology and habits of a person. If they come to us for tips, they will be disappointed. My best tip; treat dating as an extension of social ability. Dating is just a part of our overall social skills.

Do you think we’ll see more integration between coaching and online dating in the future?

Let me say this, if dating sites want to keep on expanding, they have to find additional sources of revenue. I see dating sites and dating advisors integration, not dating sites and dating coaches. People don’t want just dating apps, they want human help but they also want it right away. We absorb information differently when we feel somebody understands our problems. People are willing to pay when the help is catered to them. In fact, they are eager to pay, but right now they are not given the option of a live dating advisor that can alleviate their pain.

We see that online dating sites do more and more offline elements such as singles events, and the next step is to move to the individual level. eHarmony is already doing some of it with E+ service, but it can be done not only for the ultra-rich, but also for the everyday man and woman. Having live dating advisors can add profit to most dating sites, because most of the income comes from either advertising or membership. This third option — that doesn’t take away from either one of the former, while generating strong revenue from existing clients — can be a game changer.

What sets your company apart from others in the market?

There are no companies like ours in the dating coaching market, because to tackle this problem you need a large database of traceable offline and online dating experiences, a strong psychology background and understanding of mind, plus an ability to test findings over prolonged periods of time on clients. IDCA is the only organization in the dating coaching field that currently has all of these three elements.

What does the rest of 2014 hold for your company?

We will be launching a live beta of DatingAdvisors.org with our online dating site partners in June and then do a full-scale roll out in the Fall of 2014.