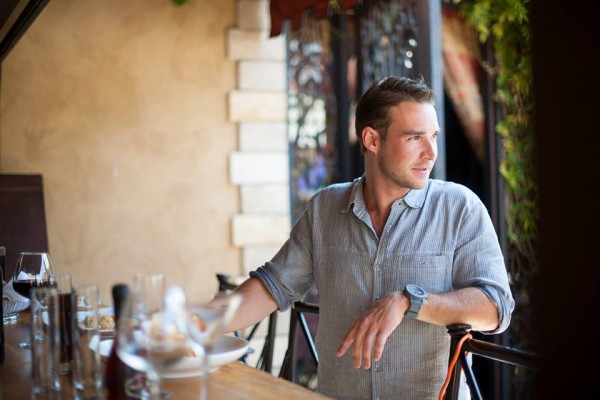 Can you describe your role and what you do?

This is a tall order. As the CEO, I am responsible for managing the company, brand, and direction of the business. I set the high level strategy and then work with the various department heads to meet our acquisition and development goals. I also handle our fundraising efforts, as well as the relationships with our major partnerships.

Tell us a little about Wyldfire.

Wyldfire is an invite-only social network, centered around dating and meeting new people, but with a few twists. We weed out the creeps by allowing our female users to select which men get to join.
We drive community via our event feed, which provides members with fun options to go and do together, to take their online meetings offline. We just launched five new markets today – NYC, Boston, London, Chicago and DC – bringing our total number of cities to eight, joining SF, LA, and San Diego.

How did you get into the online dating industry?

My co-founder Andrew White and I were both getting out of long term relationships early last year. We were curious about how dating apps worked, as well as single, and gave a few of them a try. We quickly found that while getting matched up was fairly easy, getting someone to write back wasn’t. We started talking to our female friends, and they told us that they were bombarded by so many men, mostly in vulgar ways, that they had given up on the app. Thus why getting a response was so difficult.

Andy and I realized that if we could create an environment where women controlled what men they were interacting with, then both the women and the men would benefit. Everyone would be more comfortable, and we could form more of an exclusive community, than just a dating app. We thought it would spread like Wyldfire, and our new business was born :).

Why did you choose to give women control over the user base of Wyldfire?

First I want to be clear, women don’t have SOLE control over the user base. The community does. While women are the gatekeepers, anyone who is acting out of sorts on Wyldfire could lose their right to membership. The reason we put control of the invitation into women’s hands, is that from our early focus groups we found that creeps were really the biggest problem in online dating and social networks. Creeps were making life less fun for users of dating products, and we figured women would be very unlikely to invite creepy men, or women, to the platform.

We wanted to build a community where people felt comfortable – receiving an invite is like getting an invitation to a party. Now you feel like you belong, and you have something in common with everyone else on the network. Also, we wanted to provide an environment where women could have some more confidence that the guy they were speaking to was someone who had already been vetted by another women. We saw it as a win/win.

What security measures have you put in place?

This is much more than just verifying gender on Facebook. We’ve built algorithms into Wyldfire that help us determine if a profile is legitimate, and we’ve got flags in place that will let us react quickly if we discover that one of our community members is not acting in a manner consistent with what our community has come to expect.

Do you think background checks would be a good thing for the dating industry?

Background checks could help make users feel safer, but I think that it would create a harsh environment from the beginning. Asking someone to go through a background check suggests that someone with a not so scotch free record is not date worthy.

Also, I think adding that level of sophistication would appeal to some users, but not to the public at large. It may also make the sign-up process too lengthy, and the cost of background checks might be prohibitive to a network’s growth.

Tell us about your offline events strategy.

We rely on our community members, and some of our own team members, to source fun and interesting events in their respective cities, for distribution via Wyldfire. If we believe the event fits our core values, we send it out to our community members. We held our first event in San Francisco a few weeks ago and it was a roaring success, with over 300 attendees.

Do you feel there is disillusionment towards current dating apps like Tinder?

For us it is too early to tell if there is “disillusionment,” around Tinder. I think monthly active users, or daily active users, are a great indication of how popular an app is, relative to their total number of downloads. I would invite anyone to check those numbers and draw their own conclusions from that.
The fact is that dating apps are becoming increasingly popular and show no signs of slowing growth. I am very enthusiastic about the industry.

Do you have monetisation plans?

Wyldfire is looking at a few different options for monetization. In-app purchases for unlocking new and exciting features may be on the horizon, as well as a rewards platform focus Kiip.Me.

What does the rest of 2014 hold for your company?

The most pressing items on the horizon for us is optimizing our application, based on the feedback we are getting from our early users. We want the app to be as fun and engaging as possible, so making tweaks and adjustments to make that happen, is our main focus for the next month.After that, implementing our event feed and optimizing our event distribution strategy will be key. We also have some exciting partnerships I will be excited to announce in the coming months.