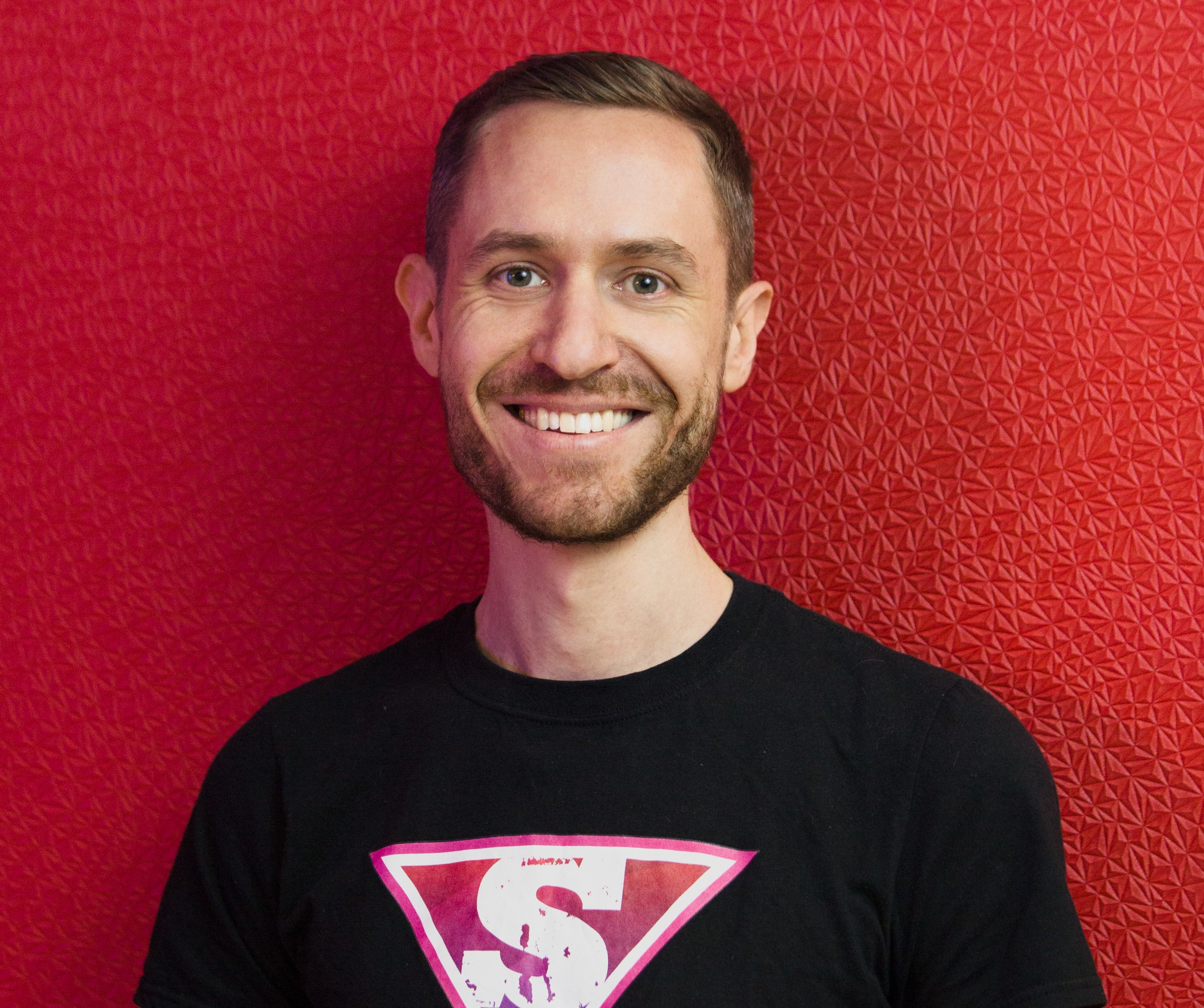 Scruff is a leading GBTQ dating app with over 15 million users worldwide.

Recently, the service started to focus on including more community features. The additions are a move to welcome members seeking platonic relationships, as well as those looking to discover the latest trends or events.

CEO Eric Silverberg has previously been vocal in his criticism of other platforms that he believes are doing more harm than good to the LGBTQ community.

GDI spoke to Silverberg to get his take on current events within the industry, and to find out how he plans to expand his product across the globe.

What have been some of the highlights from the past year at Scruff?

ES: “The past year at Scruff has been a very exciting one. We’ve seen a tremendous amount of international growth, especially in Latin America. Now is the time that we’re seeing markets outside of the United States and the West really come online and acquire more powerful smartphones with better connectivity.

It’s also been a year where we have really pushed the boundaries of what people expect when they use a gay dating app with our launch of ‘Hosting’, the first ever live queer quiz show. We really got excited by the idea of live and what it might mean for a social gay dating app, like Scruff, what it might mean if we could bring everyone together online, all at the same time.

‘Hosting’ is like an app within an app. It’s a quiz show that features a rotating cast of gay comedians and a series of queer-themed questions where people compete against each other and win money, but also interact while they play the game. We’ve seen a very enthusiastic and positive response from the 5,000 – 10,000 people who log-in and play. It’s been a feature that has reinforced the community aspect of what we’re doing and I think that’s the future for Scruff.

Queer spaces that have a strong identity and sense of community are going to become even more important as we move forward in the future, especially as we see the mainstream social networking spaces taken over by very toxic and hostile elements. People are harassed, made to feel unsafe and these social networks are used by very unsavoury individuals. I think people are recognising the importance of having gay spaces where you can come together, chat, hookup and trade pictures, but also interact in these unexpected ways like playing competitive games.

The last thing I’ll say about the past year at Scruff, that is somewhat unique, is our decision to change how we approach advertising. That was driven because of the changes in Europe due to GDPR. We fired all of our third-party ad networks. We felt that we couldn’t continue to do business with them and abide by the spirit of GDPR. We ended up launching our own in-house, internal advertising program. It enabled us to work directly with gay advertisers that wanted to reach our community.

We see that as part of our mission of connecting people, not only with each other, but also with the many, many gay businesses around the world, who, frankly, face discrimination from the mainstream ad platforms. They aren’t allowed to run various advertising campaigns, or talk about sexually-charged subjects, even though they are very relevant maybe from a public health standpoint. I’m happy to report that that effort has been a tremendous success for us and we’re going to do more advertising revenue this year than we ever have.”

Can you elaborate a bit more on your view that gay dating apps under straight leadership are less able to serve the LGBTQ community?

ES: “Straight people will not do a competent job running gay communities. They do not have the intuition or the sensitivity. There are decisions that we are uniquely able to make, as a gay business run by LGBTQ people and fully owned by gay owners, that straight businesses are unable or unwilling to make.

For example, we fired all of our third-party ad networks, like I said, and that decision cost us revenue. That is not a decision that a venture funded company would make. But for us, these third-party ad networks posed a threat to our community because of the data that they could potentially leak. The content they were delivering to our community was irrelevant, it wasn’t targeted, it was just bad. Yes, it was money, but it was cheapening our app and it wasn’t good for the community. The leadership in our company looked at each other and said ‘It’s going to cost us revenue, but it’s the right thing to do’. We haven’t looked back.

You’ve seen our direct competition, for example, selling HIV data to advertisers, because I suppose the leadership at the time thought it was a good idea. In that moment they had someone willing to write them a really big cheque and I can understand why that might seem like a good idea, if you didn’t have the intuition for our community and without knowing the history of discrimination. Had there have been gay people with a seat at that table, they certainly would’ve had the intuition to say ‘This is an unwise choice to make’.

Facebook is a prime example of what happens when you have a business run by people with no intuition for what their community is actually experiencing and run by people who don’t use the app.

It’s the exact opposite for us here at Scruff. We are building an app that we ourselves use, that we share with our friends and loved ones. When our community says mean things about us it hurts our feelings, we are human too and we are dealing with a core part of the human experience.

We want to do right by our community and if you’re not a part of it it’s exceedingly difficult to get right.”

Do you think being a bigger platform with complete gay ownership is becoming a unique selling point for Scruff?

In the beginning we were just enthralled about what could be done, but today, having seen what’s possible, such as elections being flipped and rebellions fomented, people are going to ask much harder questions. They will redirect their scarce digital time away from the apps that do not share their values or respect their communities.

If you were to ask someone in the 1950s or 1960s what saturated fats or carbohydrates are, they probably would’ve looked at you like you were speaking gibberish. However, in time people became educated about what foods they ate and started asking more and more questions. We saw this whole new organics industry emerge that was centred around explaining how they were producing what was being purchased and why values matter.

I believe the very same dynamic is going to play out in the tech industry and we are going to look at the mainstream social networks in the same way we look at spam in the world today. That’s my prediction for the next ten years.”

Do you have any comment on Grindr’s current situation – being sold off by Kunlun Tech following pressure from the US Government?

ES: “The concern that has been raised about the ownership structure is definitely legitimate. The fact that the CEO of Grindr [Scott Chen] went on the record to say that marriage is a holy matrimony between a man and a woman, not understanding how triggering that kind of statement could be for the community he is supposed to be serving, speaks to the difficulty of having a gay community owned and operated by straight people. Perhaps even straight people who have different cultural expectations and understandings.

I also think the security concerns are real. There are nations around the world that are extremely hostile toward the gay community and would love nothing more than to round up and arrest gay people for loving who they love. China’s record on LGBTQ rights is uncertain at best, but certainly the nations that would ally themselves with China have very problematic records.

The fact that we have such a large app fully under the jurisdiction of a foreign government is absolutely a concern. I think it was probably only a matter of time before it got on the radar of our government regulators and we reached the place we are at today.”

What can we expect to see from Scruff over the coming months?

ES: “We are absolutely planning on expanding our global footprint and you are going to see Scruff making some really big international pushes in the months and quarters to come. There’s been a lot of merger and acquisition activity in our space but Scruff absolutely intends on becoming a significant player.

We hope to participate in some deal-making to make sure that there always remains a company and outlet for the LGBTQ community that can provide a digital space to connect which is safe, fun and a positive influence on everyone’s life.”

Are there any other wider trends that you think are shaping the gay dating space at the moment?

ES: “I think that we are going to see people expecting more out of the digital communities that they interact with. We’ve already seen these very expansive social networks in places like China where you have an app that can do many things. China is probably ahead of the curve when it comes to these multi-functional digital spaces but that is something that we are going to see more of in apps in general, but also apps that are specific to our community.

It’s part of why Scruff really has become the first gay app to incorporate this entirely new experience and features. We’ve built a lot of unique and proprietary technology that enables us to do that quickly. You’re going to see us push the boundaries, go in a lot more directions and try out some new ways to enable people to connect. You’re going to see gay apps and Scruff become a lot more versatile and multi-purpose as people use our apps to not only hookup, but also to connect, make friends and enrich their lives.”