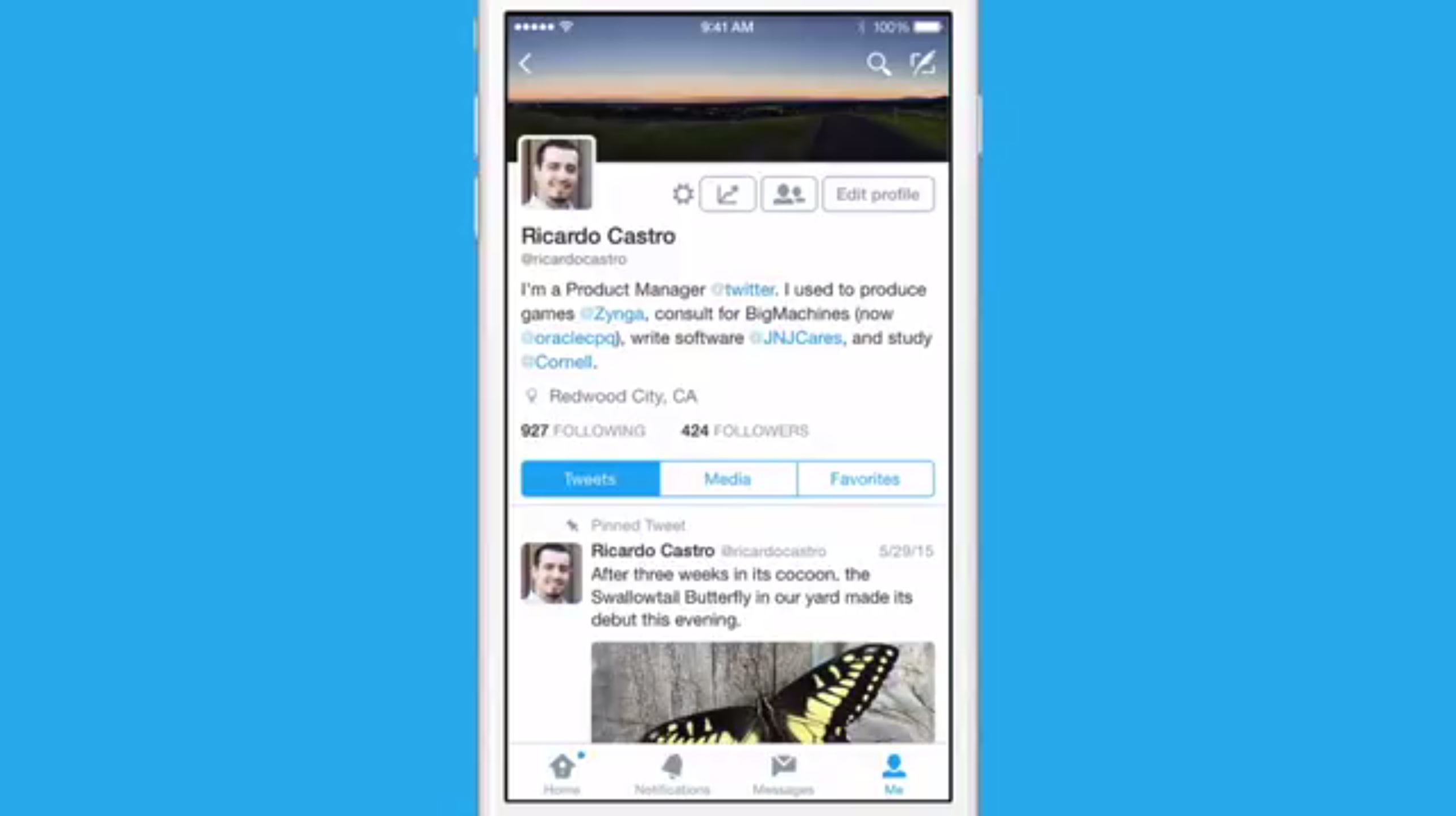 The company has said that 80% of users access the social network via mobile.

And Twitter is now looking to bring more and more features to mobile that are currently only available on its desktop service.

The pinned tweets service – which puts a chosen tweet at the top of your profile – is now coming to mobile, so individuals and brands can promote a certain tweet when people access their account.

Starting today, you can pin a Tweet to your profile from iOS and Android. Go ahead, make a statement. pic.twitter.com/iK31aIsK6U

For brands, this could be especially useful when consumers are discovering your company, as you can promote a certain offer, feature or event to new people, or to current users revisiting your profile.

In the past few months, Twitter has made a number of significant changes to its product, including removing the 140 character limit on direct messages, and letting you send a direct message to anyone who doesn’t follow you.