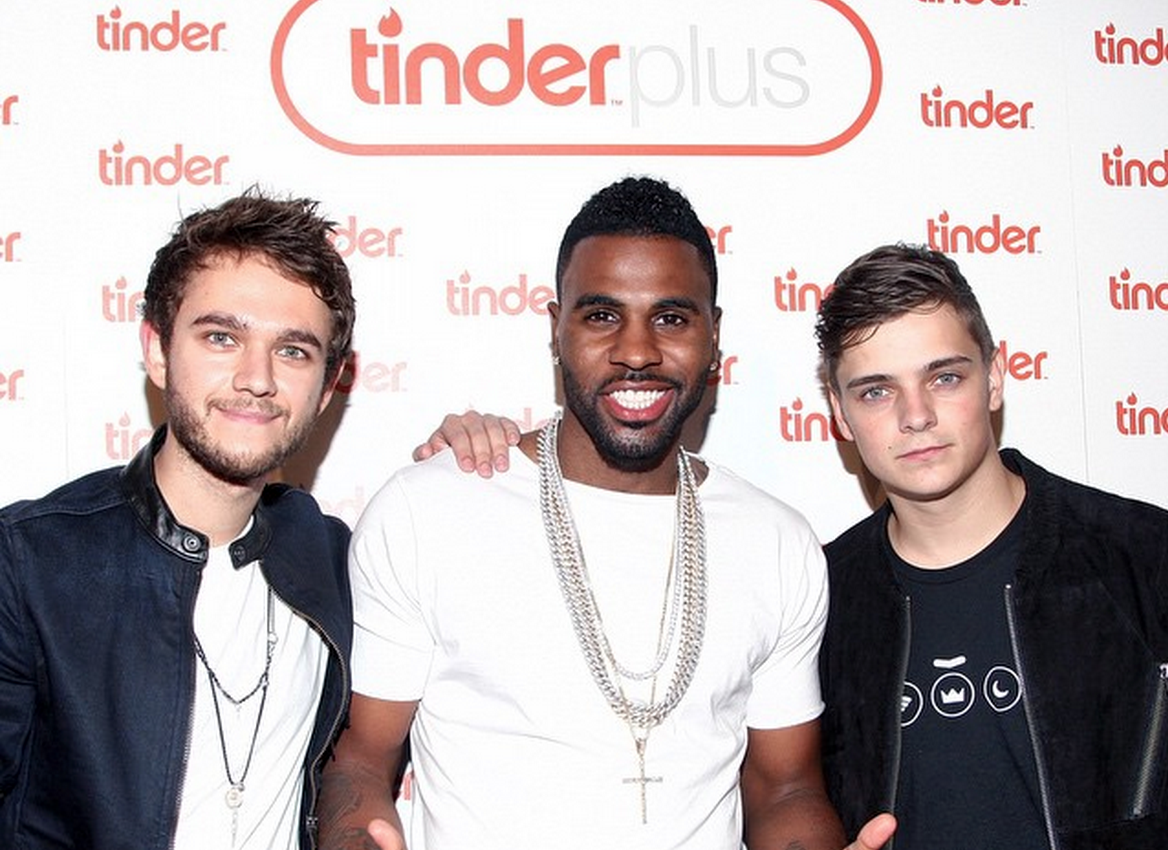 Tinder held a special launch party for their premium service Tinder Plus this week in Santa Monica.

The event saw Tinder bring together the musicians who have created partnerships with the dating app.

Jason Derulo, who premiered his new single Want You To Want Me on the dating platform, performed at the exclusive launch party.

The bash was held at Hangar 8 Santa Monica, a 15,000 ft event space situated along the North side of the Santa Monica Airport.

In May, the EDM musician and record label Interscope Records collaborated with Tinder – selling his new album to Tinder users at a discounted price.

Users who swiped right to Zedd’s profile were sent a link which would let them download the album for $3.99, a four dollar discount compared to iTunes and Google Play price. To promote the party, which was held on Wednesday night, Tinder placed advert profiles on the dating platform, and those who swiped right would get the chance to attend the VIP party. Those users who encountered the profiles got the chance to win two plane tickets, a Tinder Plus subscription, along with tickets to the party.

Check out photos from the event on Tinder’s Facebook page.