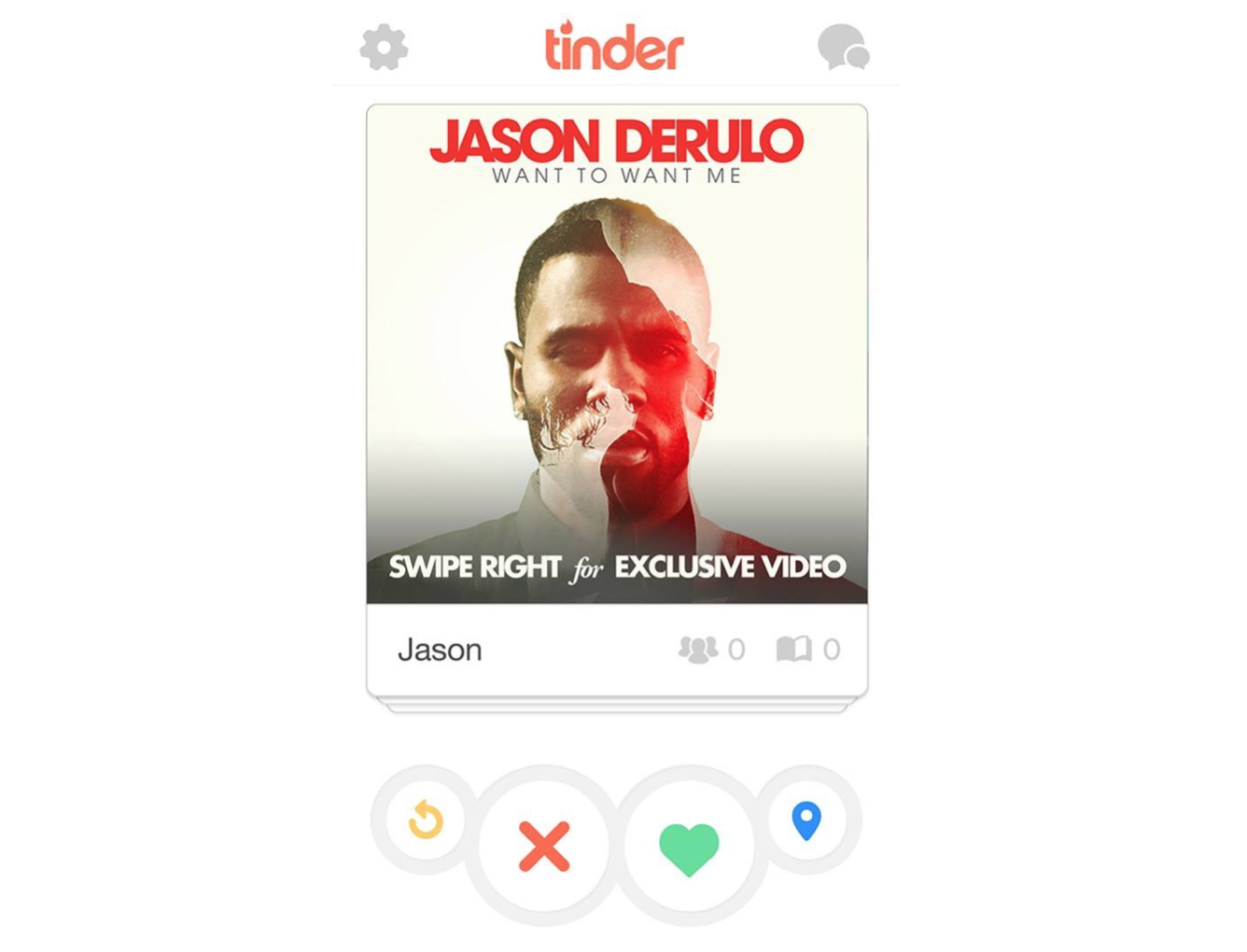 Singles swiping through Tinder may be met with a profile for 25-year-old Derulo, who is about to release his forthcoming album Want to Want Me.

Tinder users who want an exclusive look at the video for the debut single must swipe right on Derulo’s profile.

Those who match with the pop star’s profile are then messaged with a link to the video, and an iTunes link to buy the single.

Derulo spoke to US Weekly about the innovative way of launching his new song, saying: And the idea comes with the blessing of Tinder, who have posted about Derulo’s campaign on Twitter and Facebook.

Earlier in the year, GAP made the mistake of not clearing promotional profiles for their Spring collection they added to Tinder.

After being alerted to the profiles, Tinder deleted them all, saying they violated their terms of service.

In his AMA last week, former Tinder CEO Sean Rad spoke about companies using Tinder for advertising purposes, saying: “It depends on their approach. I wage war on anything that misleads or upsets our users.”

Rad has recently been replaced as CEO, with former eBay executive Chris Payne taking over the role.