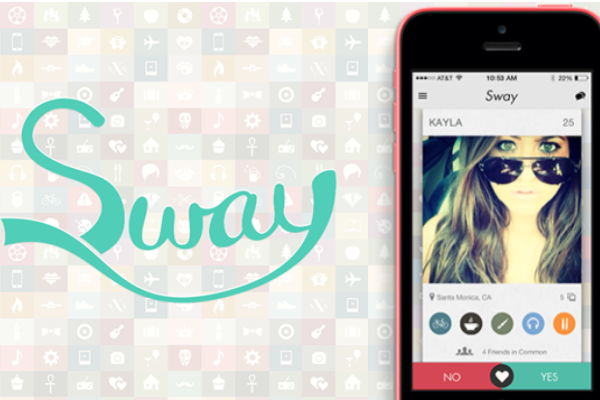 Dating app Sway has apparently been using spamming tactics to lure people into signing up.

Sway is one of three apps released by Adam Huie, co-founder of Hatch Labs, the incubator that launched Tinder.

The app uses a very similar functionality to Tinder, users signing up via Facebook and swiping through matches.

Recently, people have reported receiving emails from the app saying that one of their colleagues likes them, and to download the app to find out who.

One reviewer said: “I initially got an email from Sway saying that someone at my workplace liked me.

“I don’t know how they got my email address but curious, I joined.

“Of course this turned out to be unsolicited marketing spam (illegal).

“Sway then proceeded to spam everyone in my contacts, without notice, when I used the wingman feature!

“All my friends received texts inviting them to Sway. You’ve been warned. Don’t use this app.”

In a Forbes article, Kashmir Hill said that Sway, in association with data mining startup GeniusHire, found people’s emails and personal data from LinkedIn and GitHub.

This has led to poor reviews from users disappointed by such spamming strategies.

One review reads: “App won’t let me delete my account details in their system.

“I am still getting ‘match’ emails after months of inactivity and deleting the app in my phone. Awful.”

Another says: “The app spams your entire phonebook. I only invited one person yet it’s text and emailed everyone.”

He has created two other apps, Let’s Date and Tryst, and recently formed a partnership with Bravo TV to feature the latter in their show ‘Online Dating Rituals of the American Male’.