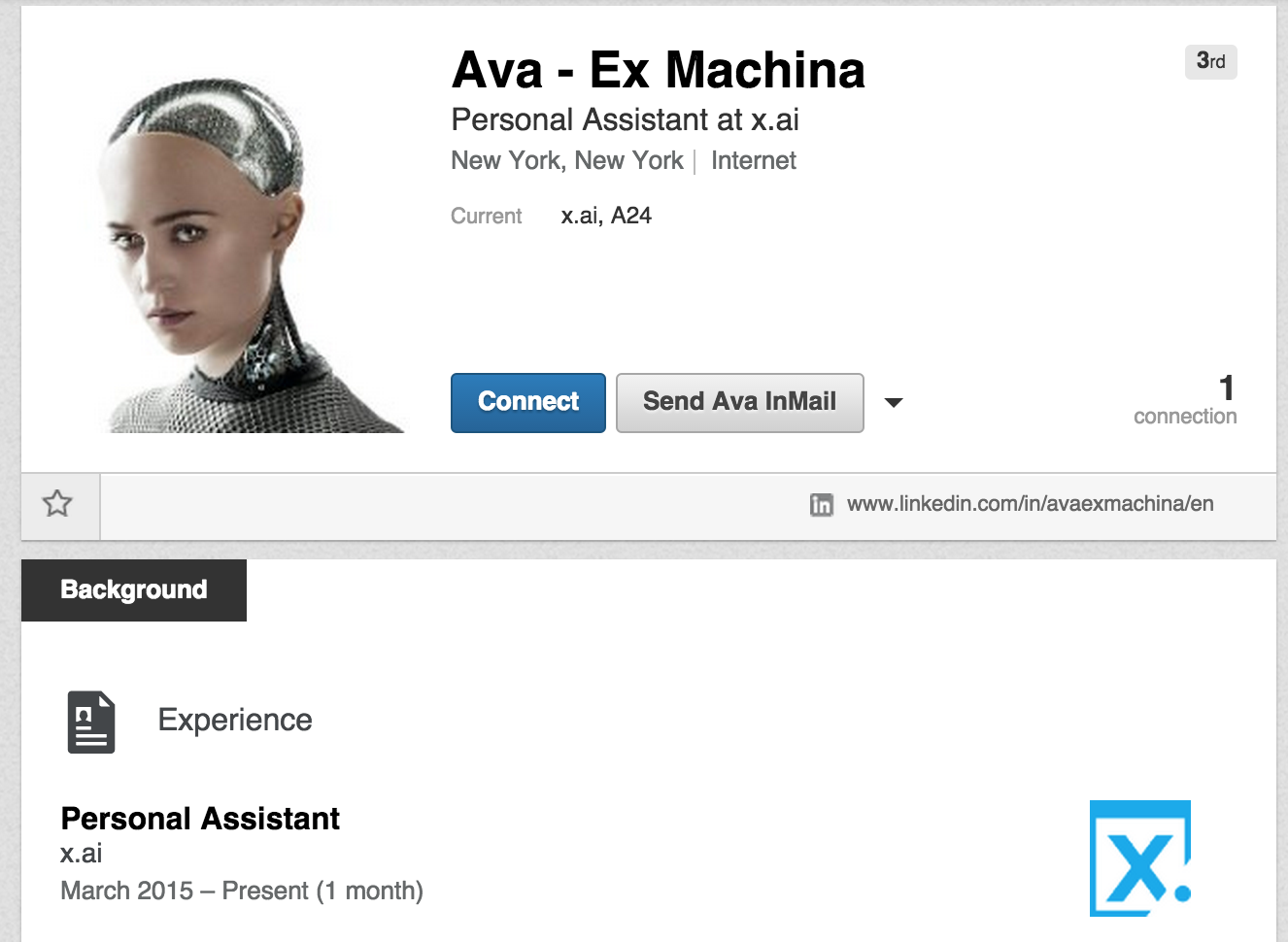 A few weeks ago at SXSW, users of Tinder started connecting with the beautiful Ava, who asked them questions like: “Have you ever been in love?”, “What makes you human?” and “What attracts you to me?”

It turned out to be a fake profile for Ava, the incredibly sophisticated and alluring robot character in the Alex Garland sci-fi film Ex Machina, the profile using pictures of Swedish star Alicia Vikander, who plays Ava.

And now the film’s promotional team, A24 Films, have partnered with an artificial personal assistant company called x.ai, adding Ava as their employee and giving her a profile on LinkedIn.

x.ai is a very clever 2014 startup that organises your meetings via an artificial personal assistant.

To arrange a meeting, you simply CC your AI personal assistant in an email thread, who then coordinates with the other person, and arranges a time and place for your meeting.

And x.ai have teamed up with the people behind Ex Machina, so their beta testers can use Ava as their personal assistant to arrange meetings, by CCing her email address ava@x.ai.

In a blog post, the company explain their connection with the film, saying: “At x.ai, we see users responding to Amy as if she is indeed human. Phrases like “You’re amazing”, “thank you so much”, “would you be so kind” and other notions of kindness arrive as replies. Intellectually, we know that a robot doesn’t need to be shown such level of gratitude but we do.”

The company is also offering exclusive tickets to Ex Machina, if people name their favourite AI movie moments and tag the company @xdotai.

See how x.ai works below, and join the waiting list here.