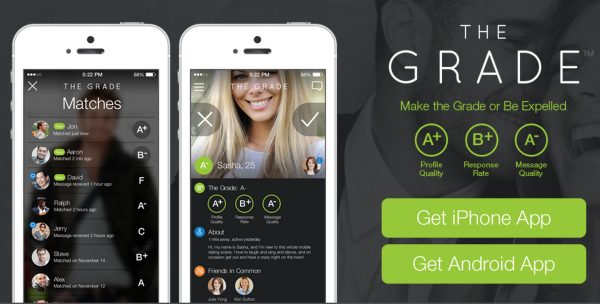 SNAP Interactive’s single-ranking dating app The Grade has just released a feature that gives singles stats about their photos.

This new feature will let users find out how well their current profile photo is performing compared to their other photos.

Singles will also get statistics on how the photos are performing compared to the average photo scores of users of the same gender and age-range.

Snap’s CEO, Cliff Lerner, said: “Singles have been testing their photos on dating sites for years to see which photo gets the most attention, but they haven’t had the proper tools to show them which of their photos perform the best and worst with actual data to back it up.

“The data showing the performance of each photo is extremely valuable for singles, because while they know how crucial their profile photo is to finding a match, as singles often don’t know which is the most attractive to the opposite sex.”

While testing the feature in beta, The Grade analysed the like-rates of over 2,000 users’ profile photos and 800,000 swipe interactions, to try and quantify photo characteristics that singles responded to most.

They found that the highest like-rates for women were photos where they were singing or playing an instrument (+29%), performing a sports activity (+21%), or wearing a bikini (+8%).

For men, the photo characteristics with the highest like-rates included professional headshots (+92%), facial hair (+57%) and dogs (+29%).

Check out a full breakdown of The Grade’s data below.

Lerner said: “Not only does this feature give important feedback to the user itself, but it provides the dating world with new insight into what the opposite sex looks for in a first impression. The feature allows us to experiment with different scenarios and test which photo ‘wins’.

“Our beta testing revealed some surprising results, and we are excited to see the reactions of The Grade’s users to this exciting new feature.”