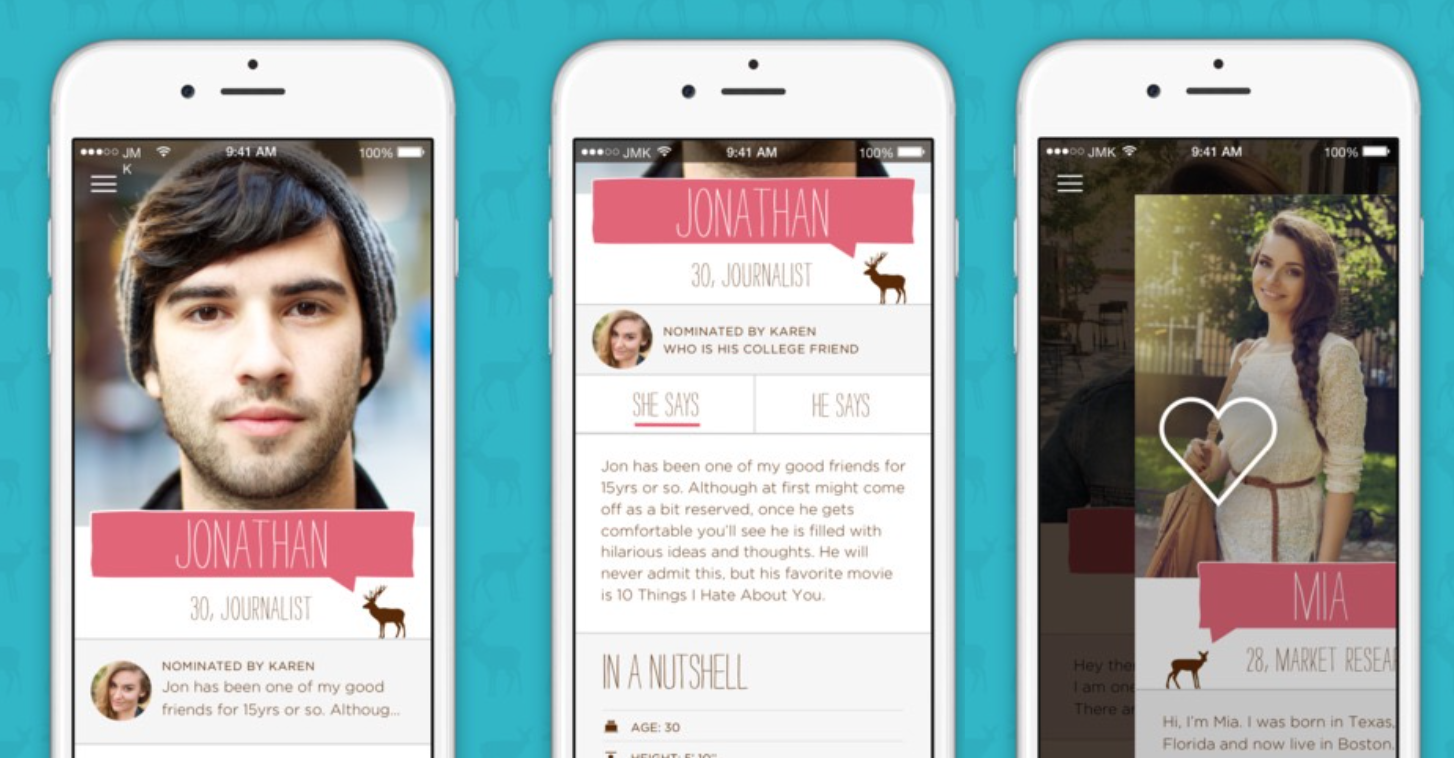 The dating service works in a similar way to MySingleFriend, letting women recommend men they know, who they think would be a perfect match for someone else.

Everyone can check out the men on the site for free, and the women who post a guy also get a free subscription to the site.

If women are interested in the single men, they can contact the female go-between for more info.

And the site, which launched last December, has now gone fully mobile, ditching its desktop site to focus on cracking the app market and keep up with its competitors.

The site was created by Ken Deckinger, who before Jess, Meet Ken was the co-founder of New York speed dating company HurryDate.

HurryDate was acquired by JDate’s parent company Spark Networks back in 2007. Deckinger decided to create the site because he met his own wife Jess on a similar but defunct site 11 years ago, so wanted to recreate it.

So far, the company has $250,000 in investment and plans to raise more funding later this year.

Speaking to Boston Biz Journal about the switch, Deckinger said: “When we started this thing, it was all about getting it going on the web, to give us time to build enough usage, and a great following.

“What we quickly discovered was that there was no way to ramp up to mobile, dating apps are dominating the space now, and that was where we needed to be.”

The app works on a location-based basis, with women and men both able to swipe right on each other’s profile.

It also lets the nominating friends play matchmaker, and single users can connect with both new matches and the nominators, to find out more information about their single friend.