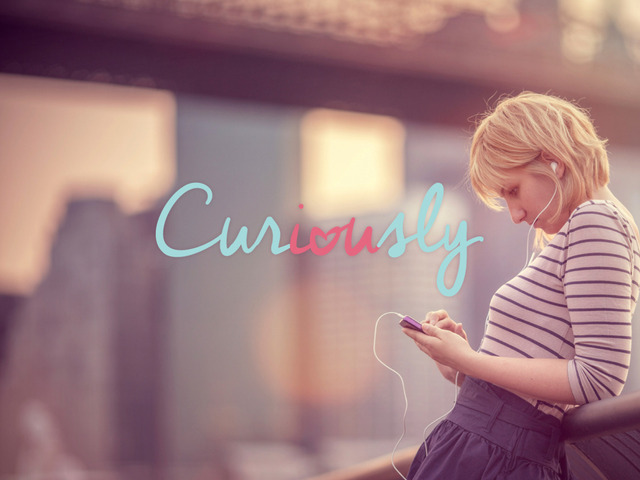 A New York entrepreneur is looking to combine his three passions together to build a dating site that matches singles over a shared love of music.

Grant Powell met his wife online, was a founding member of two successful bands, and now runs a digital agency.

Powell and his team are building Curiously, a service helping likeminded music lovers to connect and date, while also seeking to foster a community for musicians.

We spoke to Powell about the site – which is seeking Kickstarter funding – and asked about Curiously’s matching algorithm.

“Our matching system is a proprietary algorithm that matches people based on their taste in music as well as other personal attributes. The matching algorithm is a “learning system”.

“In time, the system will have a vast knowledge base of what tastes make for the best matches – it may turn out for example, that women who like Pop music are better matched with men that like Rock instead of men that also like Pop.”

Curiously also has some interesting social plans: the team are building features that would help users discover new music, network and get exclusive access to gigs and social events.

Powell has experience within the music industry – being a founding member of both Dawes, who toured with Bob Dylan and Maroon 5, and multi-platinum Lifehouse.

Following this, Powell built his own digital agency Pomegranate, which has Google as their flagship client.

Being a former musician, he also wants Curiously to aid musicians, recognising “a void in the music community”, because there is no place “to meet other musicians for the purpose of say, forming a new band. We hope that our site will fill that void.”

The company also plan on hosting events and giving exclusive access to gigs, and while Powell was reticent with specifics, he revealed they were “working with several artist management companies to align our brand with up-and-coming musicians and bands.”

While the music niche in dating is not overly saturated, there are a couple of big players, namely London-based Tastebuds.fm, which this year launched their mobile app.

Asked why he thinks Curiously can compete, and potentially displace such sites, Powell said:

“Although it may seem that we are the same as other “music dating sites,” in actuality we will be the first site to provide a robust, learning matching system. Other sites that provide music matchmaking are mostly smoke and mirrors. In addition, we are focused on not just building a site, but building a brand for Curiously – we want to be the brand that brings you discovery through love and music.”

Curiously will be launched at a January 2015 party in New York, and will be free to download.