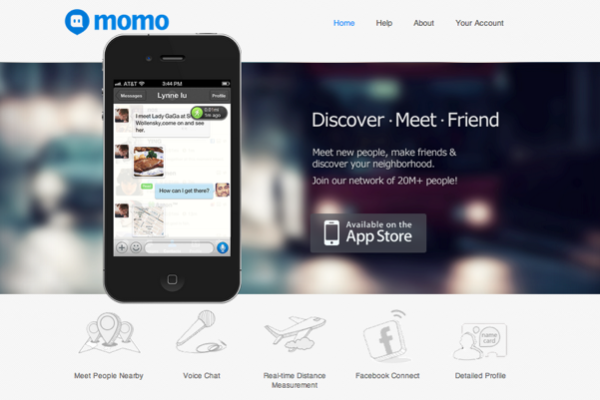 The app’s CEO, Tang Yan, said in a post on Zhihu that they now have 40m monthly users and 15m daily users.

Last November we reported that Momo had reached 80m members, a number that had doubled in four months.

Launched in September 2011, the app is a location-based messaging service that lets you chat to people in your vicinity.

Users can also share photos, audio and their location on a Facebook-style timeline — as well as set up group chats.

They monetise through in-app purchase of stickers and games – the latest of which was downloaded 1.4m times and made Momo around $2m.

The app has earned a controversial reputation as a hook-up app, something compounded by comedian Mike Sui calling it the “magical tool to getting laid” in his viral video 12 Beijingers.

It received some bad press in February when a video surfaced of prostitutes being lectured on how to use the app to entice customers.

In August 2013 Momo received $40m in Series B funding, with rumours circulating that huge e-commerce company Alibaba had provided a large portion of the funding — something that neither party has confirmed.

An English version of the app was released last October, which you can download here.