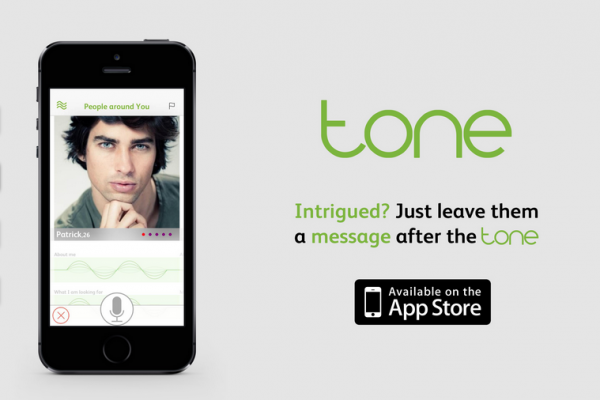 Tone uses audio messages, sound bites and emoticons, rather than texting, as its primary method of communication.

Profiles are made up of a combination of audio and photos, and users engage one another by sending voice messages.

Kiwinext’s Media Relationship Manager, Jodie Lancaster, said: “Compared to other dating app creators, we didn’t want to give you something superficial where you just swipe profiles — with Tone, you can know someone deeply by hearing their profile.”

Users can start browsing after signing up with a name, picture and brief audio introduction.

The app also has features and badges that are unlocked with continued use of Tone.

Kiwinext said that chemistry between users is something not addressed by the majority of dating apps on the market, and having an audio element also helps to confirm that the person you are speaking to is genuine.

Kiwinext are a new London startup, and they plan to release more apps later this year.

Tone is currently available on iOS.