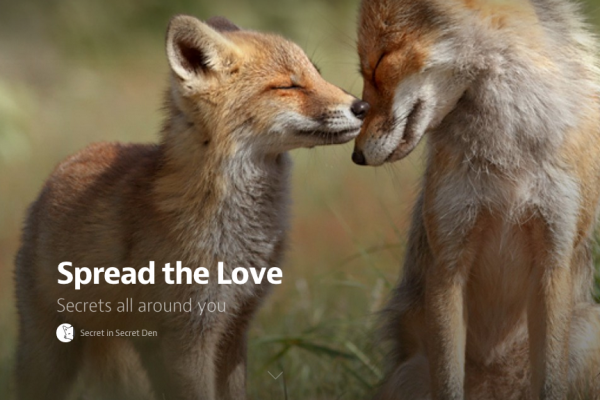 A secret sharing app for iPhone that is 45 days old has just received $8.6m in funding.

Secret was launched in January, and lets users anonymously post secrets to friends who have the app.

As their site explains: “Your secrets are delivered anonymously to the people in your Contacts who are on Secret. They can view, love and comment on your post.

“When friends love your secret, it will be shared to their friends. If they love the post, it can reach even further.”

To ensure that their users have anonymity, you can’t find out which of your friends are on Secret, only the total number of friends who are using the app.

They say that the secrets are encrypted so that even the Secret team can’t identify who the posts have come from.

The anonymous sharing app has become very popular with the tech community in Silicon Valley, with some using the app as a way of venting about their jobs.

In their announcement of the $8.6m funding round, they said: “Our vision is to create a world flowing with authenticity. Being more open with each other brings us closer together, builds understanding, and ultimately makes the world a better place.

“Our Series A funding enables us to curate a small, passionate team of artists and builders, listen closely to the community and continue to focus on the work in order to make it happen.”

They also provided some data as to user engagement, saying that 75% of people with more than 5 friends come back every day, and 90% of users that engage in a conversation come back within the week, often several times per day.