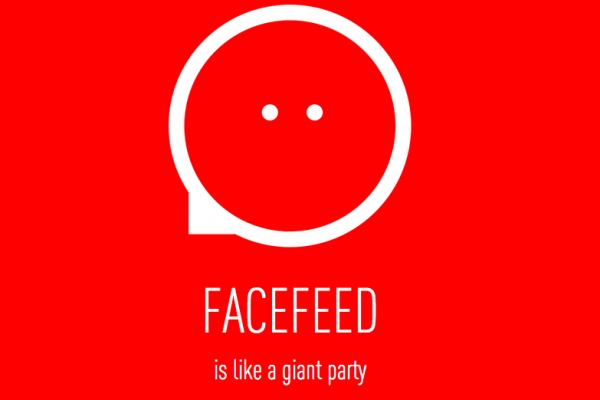 A new app for iOS called Facefeed is a social discovery tool based around selfies.

Facefeed is very simple – a user uploads a photo, without having to create a profile, and other users can send you messages, which you reply to.

If this conversation leads to friendship, you can add them to a friends list.

“This is trying to replicate how you would meet someone at a party. You see faces of people (no name, no background info), and you can say ‘hi’ with a smile to anyone you feel looks interesting.”

The app also has a ranking system for its users, which you can improve on and climb the table by interacting and engaging more with the app, and its other users.

Cera said: “The score represents how socially respected you are.

“It goes up when you talk to someone, and goes up even more when you get a reply or when someone talks to you.”

Cera previously created the friends picture-sharing app Context, and says that Facefeed takes many of the same ideas, but adds a social discovery element to it.

“I began thinking about how people crave talking/meeting new people and how there is a hole in social apps for people to do this on their own time and in a visual messaging format.

“Currently, people use platforms to talk/meet new people in private chat rooms, where they hide behind a computer screen, or on more social platforms, where the person is represented by their profile picture (which is not the most true, recent version of ourselves).

“I wanted to build a place where people could just have fun, be themselves and show their most recent face to meet other people in an engaging way.”