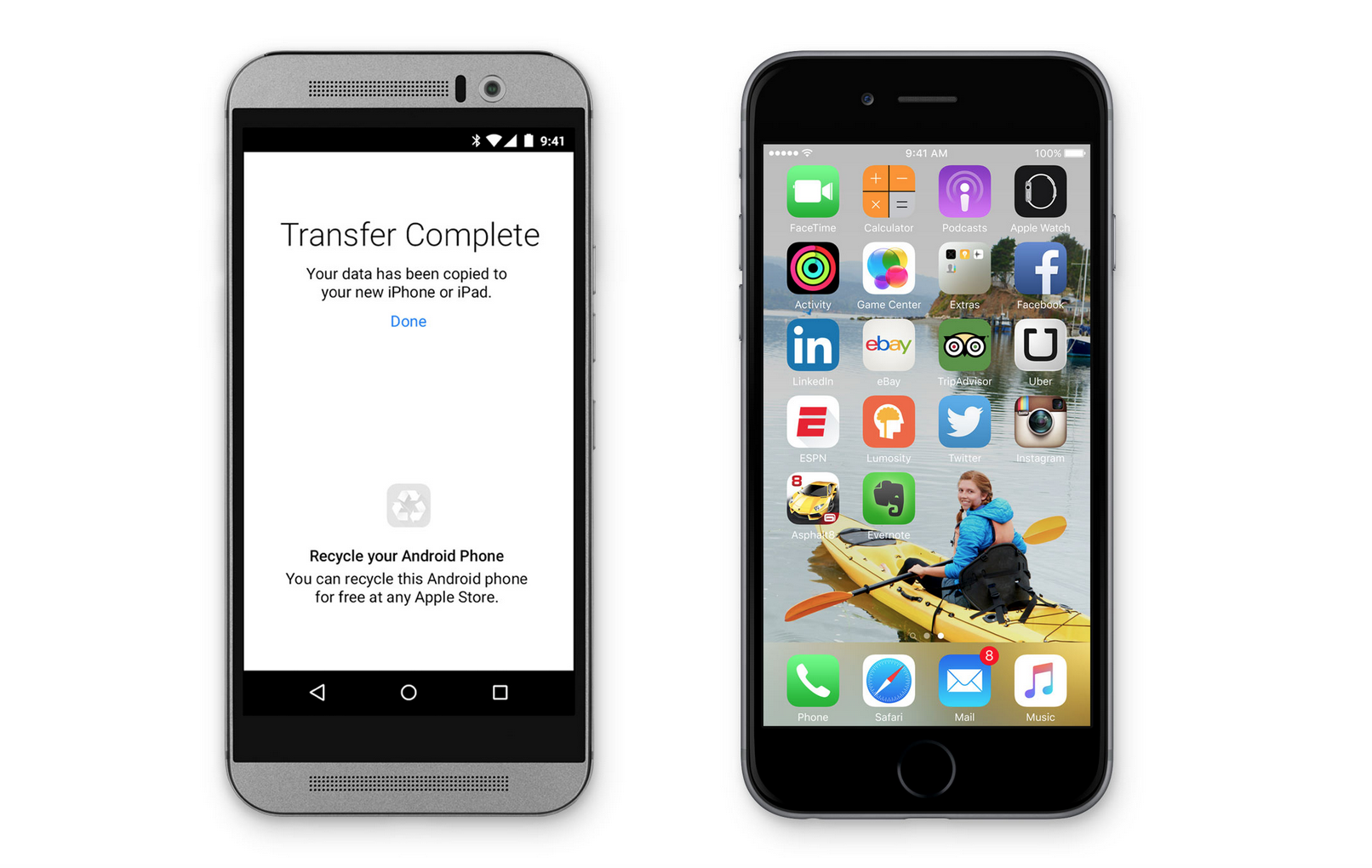 One of the less talked about features of iOS 9, which Apple announced last week at their developer conference, is a new app that handily transfers your phone’s data from Android to iOS.

Move to iOS is an upcoming standalone app from Apple, that lets you wirelessly switch from an Android device to a new iOS device.

The app – mention of which appears at the bottom of Apple’s iOS 9 preview page – securely transfers all your phone’s data to iOS.

In addition to this, Apple says the app will also help rebuild your app library.

The apps which you paid to download on your Android device are added to your App Store wish list, and any free apps are suggested to download.

Rather cheekily, the app also suggests you recycle your Android phone for free at any Apple Store.