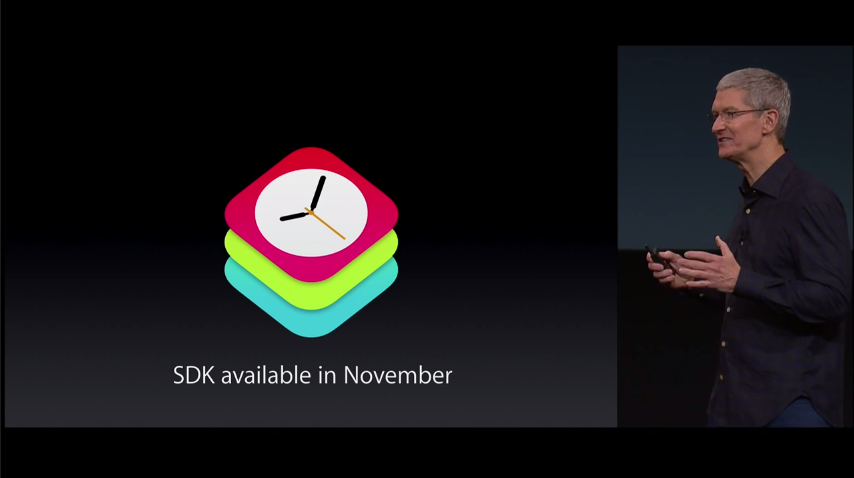 Apple’s developer kit for the Apple Watch will be released next month.

Developers can access the SDK Watchkit in November, before an expected 2015 release of the wearable.

CEO Tim Cook announced the launch yesterday, where Apple revealed the newest iPads, which have incorporated TouchID, to work alongside Apple Pay.

Apple also announced that Apple Pay will be released in the US on 20th October, and that they have signed another 500 financial institutions up to the service.

When the Apple Watch was launched, companies such as American Airlines, Facebook, Nike and BMW were amongst the list of partners.

Read our piece on the possibilities of the Apple Watch for dating apps.