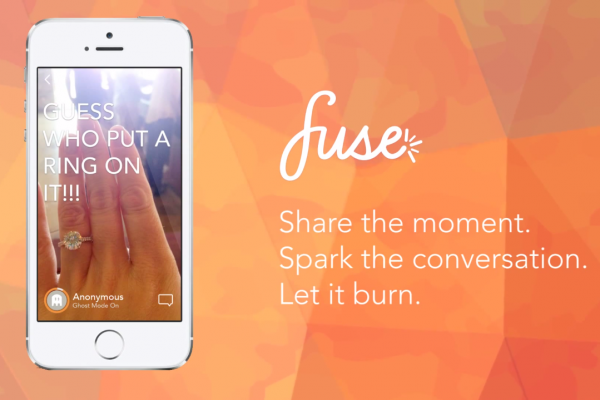 Users send a photo or video which has a fuse – a time limit of 3-10 minutes – and if it runs out, all the content disappears.

The fuse starts as soon as someone in your group chat sees the content.

If you fail to see the picture or video in time, you miss what was shared.

This is an interesting way of trying to keep engagement high, as people won’t want to miss out on the content their friends have shared and seen.

Users can also post in Ghost Mode, where the identity of the sender is hidden.

“Our team has a strong understanding of what appeals to young adults who are looking for fun ways to connect with friends through their mobile phones.

“We pioneered location-based social networking with the launch of Skout and now we are introducing what I believe is the most exciting ephemeral messaging app on the market.”

Skout released the app as a standalone platform, perhaps because while it has similar functions to Skout, it is more about engagement between existing groups of friends, than social discovery.

This is similar to what Facebook have done with their new Snapchat competitor Slingshot, which was released by Facebook Creative Labs, who Zuckerberg has tasked with “unbundling the big blue app.”

Tinder on the other hand, included their ephemeral messaging feature Moments into the existing app, as it wants to help people re-connect with existing matches on the dating platform.

In May, Skout acquired nightlife events planner Nixter, an app that lets users find, book and RSVP to club nights in their city.

The company, who are split between San Francisco and Santiago, became profitable seven months ago, and say they add around 1.5m new users every month.