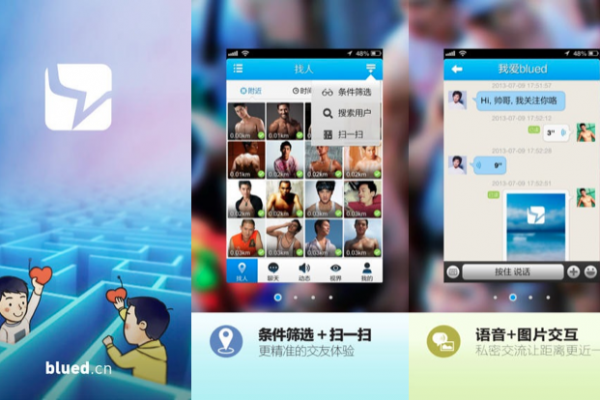 Blued, the Chinese gay app, has received $1.6m in Series A funding.

The Beijing-based app now has 3m members, a growth of 1m since last December.

And they have added to the $3m in funding they received last year, with another $1.6m from undisclosed investors.

The app was produced by start-up company Danlan, which was founded by 36-year-old former policeman Ma Baoli.