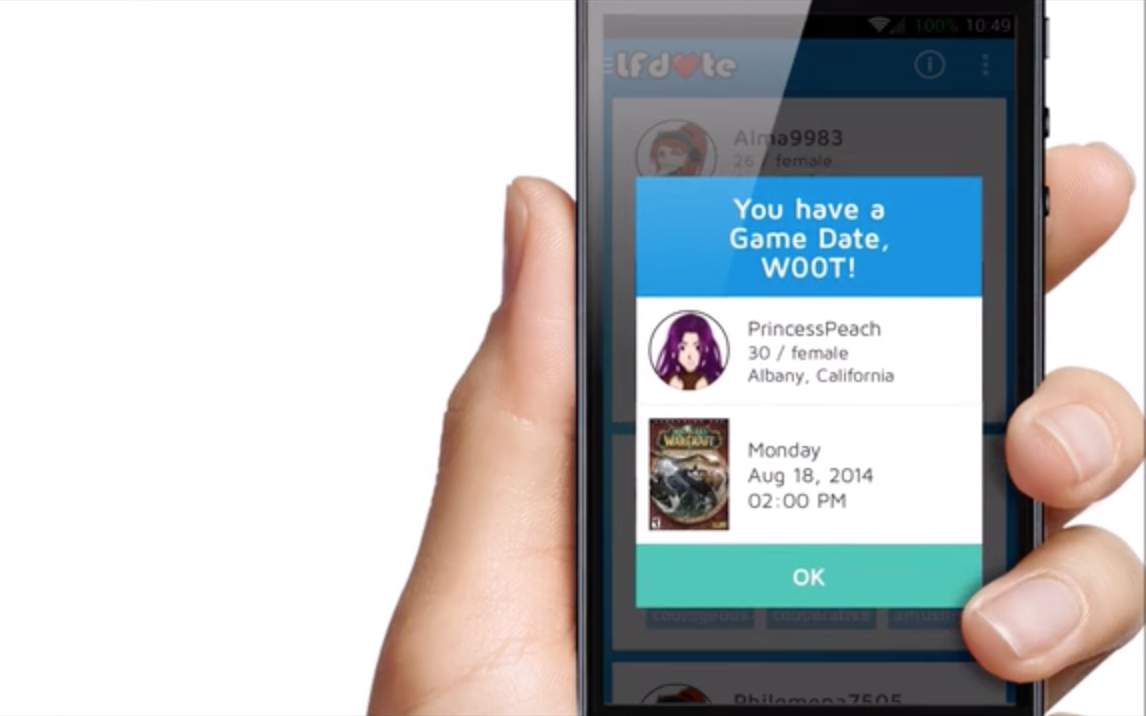 A new app looking for funding on Kickstarter aims to arrange first “game” dates for gamers.

LFDate ditches profile pictures, instead opting for avatars, and rather than using “superficial descriptions”, only lets you choose the video games you like.

You then input what your weekly schedule is, and when you are free to play a game date with other users.

The founder of this die-hard gaming site, Raymond Walintukan, said: “We believe that gamers can make real connections and find compatible mates by playing games together as opposed to traditional online dating methods.”

Walintukan says that although other sites cater to the niche – such as dateageek.com – they still use existing dating site formats to connect singles.

He wanted to align it more with a forum-style anonymous community, where relationships often blossom.

A New York Times article earlier in the year spoke about this trend: “gaming forums are rife with anecdotes from players who are dating and marrying. Some couples have even had their avatars marry.”

The Entertainment Software Association says 59% of Americans play video games and around 44% are single.

The split between male and female daters is not as biased towards men as you might think – 48% of all game players are women.

LFDate is almost finished its Android, iOS and web services, and is looking for $10,000 on Kickstarter.