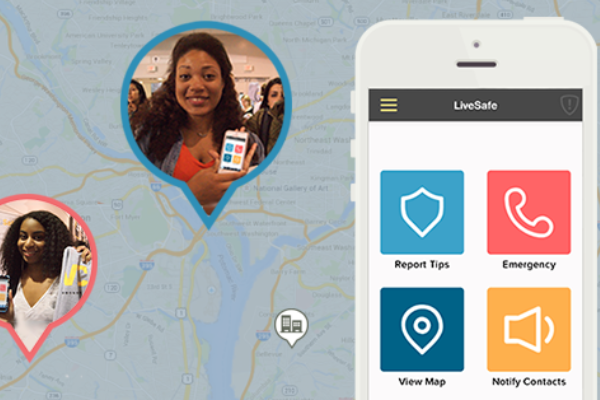 IAC, the company that owns Match, OkCupid and Tinder, has announced their funding of crowdsourcing safety app LiveSafe.

LiveSafe lets users, such as students on campuses, anonymously connect to the emergency services via their smartphones.

And the startup has just raised $6.5m in funding from IAC, the media conglomerate which owns Match Group.

LiveSafe is currently focussing on college campuses, and is in use at the University of New Hampshire and Virginia Commonwealth University.

One of the co-founders of LiveSafe, Kristina Anderson, was a survivor of the 2007 Virginia Tech shootings.

Barry Diller, Chairman and Senior Executive of IAC, said: “We now have the technology and infrastructure to make life safer for people as they go about their daily lives.

“LiveSafe is an excellent platform for putting safety directly in people’s hands, and has the potential for making individuals and communities far safer than they are today.”

Diller has also made the surprising move of joining the company’s board of directors – only the third board he sits on, the others being Coca-Cola and the former owner of The Washington Post, Graham Holdings.

LiveSafe and IAC clearly have big plans for the app – with CEO Jenny Abramson talking of expanding the service to malls, sporting events, public transport and local communities.

With Match Group a huge part of IAC’s revenue and business, one could certainly imagine the app, or some of its features, being integrated with their dating services – whether letting users report members, or giving them a reassurance of safety on dates.

Moreover, with location-based dating apps the norm, and rife on college campuses, apps like LiveSafe are important to ensure that their users feel as safe as possible.