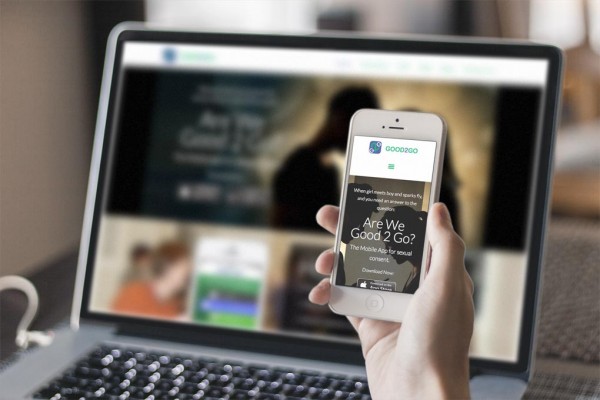 Good2Go, an app for confirming mutual consent prior to sex, has been removed from the App Store.

The app was created by Lee Ann Allman, after talking to her children about sexual assaults on American campuses.

Before people would engage in sex they could use the app to answer a number of questions on their sobriety, and whether they actually wanted to have sex.

Then then passed the app to their partner, who would answer similar questions.

Users also had to provide the name and number of who they were going to be with, for verification.

And the well-intentioned, but ultimately impractical app, has been removed from the App Store.

As ever, Apple did not provide any specific reason why it was removed, but quoted the App Store policy that says they don’t allow anything with “excessively objectionable or crude content” on the store.

However, Lee Ann Allman told Slate that Apple did tell her it “was not deemed to be crude”.

Allman also pulled down the website and removed the app from Google Play.

She plans to relaunch it as an educational tool used by teachers in schools to inform students on affirmative consent.