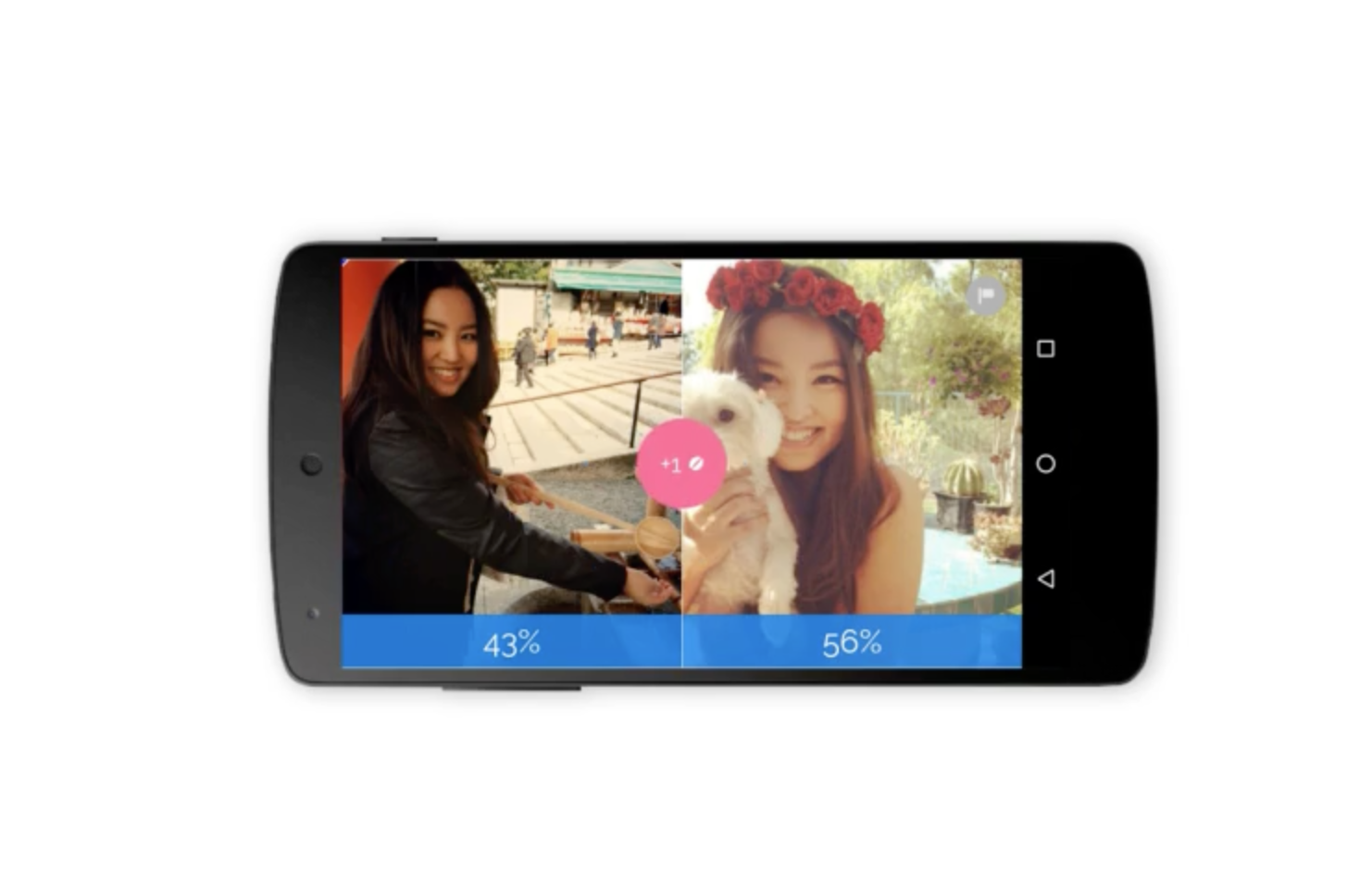 Coffee Meets Bagel has just added a clever new feature that lets people rate each other’s profile photos, as well as receive feedback on their own.

The new feature from the San Francisco-based company is called Photo Lab, and when clicked, brings up a screen that reads “Put your best face forward”.

Photo Lab then lets you “give others photo feedback” and earn a reward – which comes in the form of “beans”, CMB’s in-app currency – or poll the community to “find the best photo for your profile!”

If you choose the latter, up pops a “hot or not” style interface showing two pictures of the same CMB user.

To earn one “bean”, you simply click which photo you prefer, and are shown a percentage, telling you how others rated the two pictures. And if you want to test your own pics, users just click the “+” button, and either add two photos from their profile, from Facebook, or from their phone gallery, to get feedback from other singletons.

After they’ve done this, a message appears saying that when the report is ready, they’ll get a notification, and can access it by unlocking it using CMB’s in-app bean currency.

Pay to unlock own report

In a video explaining the feature, which you can watch below, it looks like users trade 100 beans to unlock the report (which costs $1.99).

It’s a nifty little monetisation feature from Coffee Meets Bagel, adding both a fun gamification aspect for the community, as well as letting users get useful feedback on their photos – which do form an important part of their online dating life.

The founders of Coffee Meets Bagel – Dawoon, Soo & Arum Kang – were recently named in GDI’s Power Book 2016, which you can download for free here.