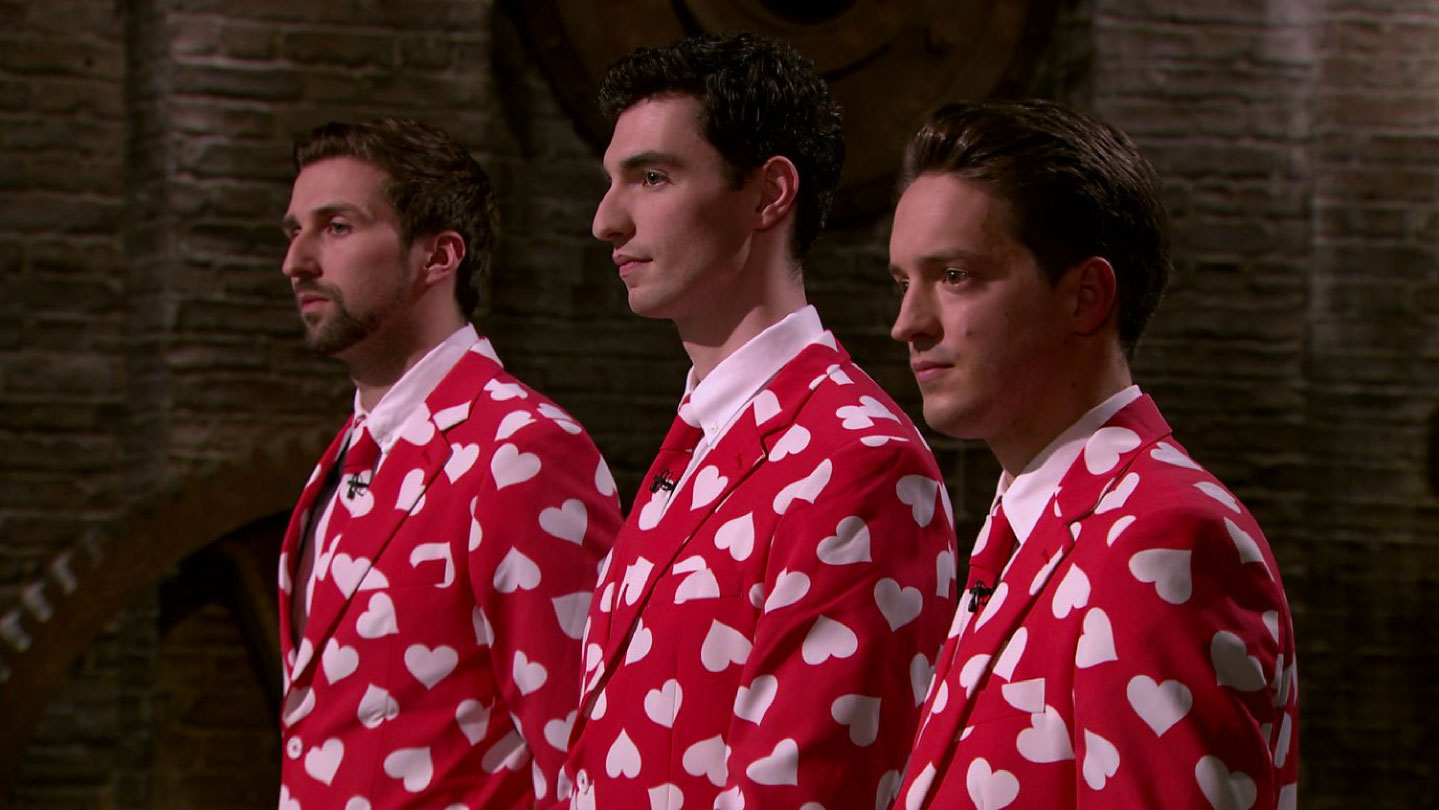 The founders of Double, a double dating app designed to help shy singles enjoy dating, recently enjoyed a successful pitch on Dragons’ Den, just days before it was set to go bust.

The app was created in 2014 by Gary MacDonough, Loren Gould and Ben Greenock, who used £30,000 generated from profits of a business selling ugly Christmas jumpers, along with some personal savings, to build the dating app.

Dressed in matching red love heart suits, they entered the Dragons’ Den with the hope of securing £75,000 in exchange for a 10% stake in the app.

Speaking about their financial situation, MacDonough said: “By the time we went to film Dragons’ Den we only had £2.36 in our bank account and owed about £7,000.

“We weren’t taking salaries either so just living was getting quite difficult. For quite some time, Ben was even living under my stairs in true Harry Potter style!”

During their pitch, the founders revealed some interesting information about their growth predictions for the next three years.

And after the amusing pitch, the founders received offers from three Dragons – Nick Jenkins, Deborah Meaden and Touker Souleyman.

All three Dragons made the same initial bid, offering all of the money for 20% of the business, however Meaden also offered the founders half of their asking price for a 10% stake, and said she would be happy to share the 20% with Jenkins, should he do the same.

However the trio turned down the bids from Meaden and Souleyman, to accept Nick Jenkins’ offer of all the money for a 15% share, which they had negotiated down from 20%.

Speaking about the dating entrepreneurs’ pitch, Nick Jenkins said: “Their pitch was definitely unusual but I immediately liked the idea. Having named my company Moonpig I can appreciate their unconventional approach to marketing.

“I was impressed by their ingenuity and I feel that they have a unique offering in an otherwise saturated market.”

Since appearing on the show, the app has almost doubled its user base, brought its tech team in-house and has opened a second office in Scotland.

Double has also started to develop an Android version of the app, and with help from Jenkins, its founders have secured further investment from Bebo founder Michael Birch, who has previously invested in LGBTQ dating app Her.

Speaking about Double, Birch said: “The Double guys have an awesome team and great product execution. They are also fun people to work with!”

Last year, the three Double founders spoke at the GDI Innovation Conference, giving a fascinating rundown of 20 growth hacks for your mobile dating app, which you can read more about here.

You can also watch Double’s appearance on Dragons’ Den here.