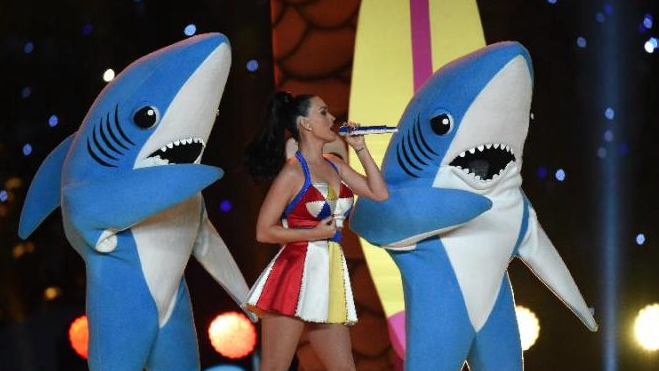 One of the now-famous sharks in Katy Perry’s Super Bowl half time performance used his role as a pick up line on Tinder, in the run up to the event.

Yesterday, someone on Reddit posted a picture of a Tinder conversation, where ‘Garret’ said he was appearing on stage with Perry, dressed as a shark.

The two dancing sharks became internet famous during the sporting event, as one of the performers – now immortalised as Left Shark – appeared to forget their dance routine.

In the chat, he tells his match that “I am the shark”, backed up with rather prophetic “you’ll see”.

UPDATE: The Washington Post and Gawker have investigated the identity of both sharks, coming to the conclusion that Garret may not, in fact, have been one of the sharks.