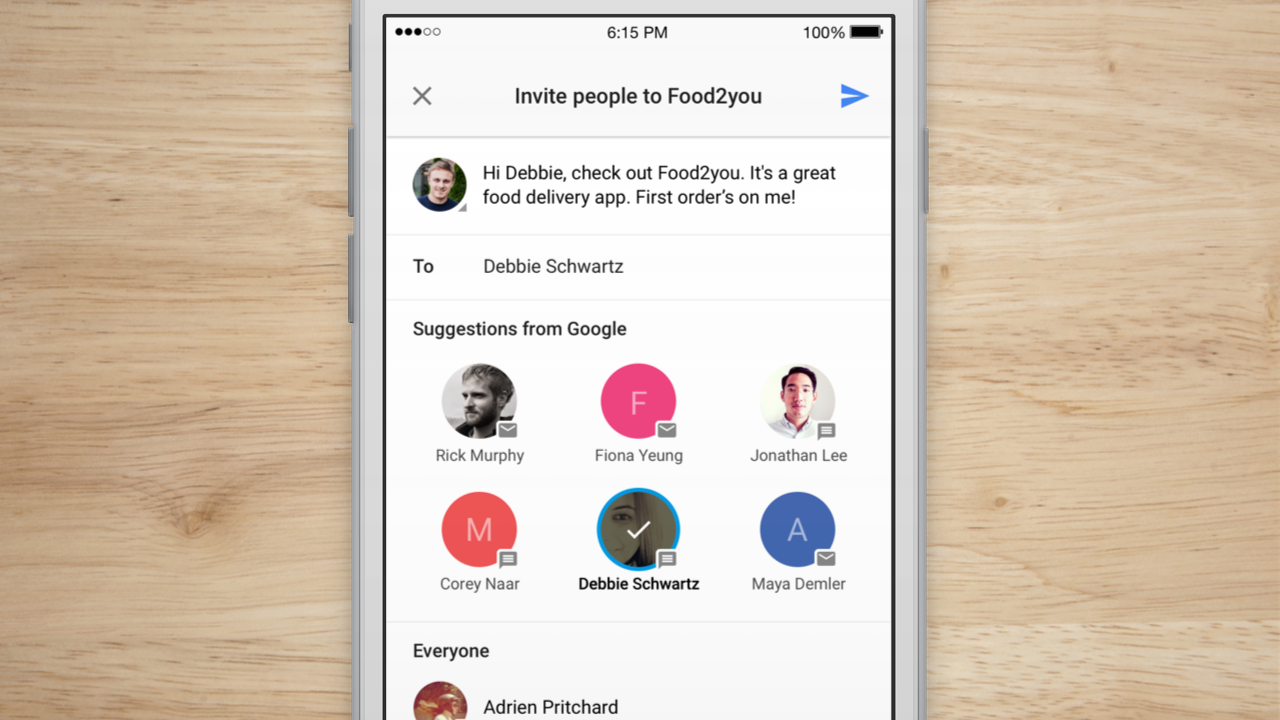 For app makers looking to grow their user base, Google have just released a potentially very useful service that lets you encourage your current users to recommend the app to their friends.

Available on iOS and Android, the new service is currently in beta, and is being launched with UrbanSitter, Yummly, The CW, Coinbase and Picsart apps.

Using App Invites, companies can encourage users to send SMS and email invites to their phone and Google contacts.

You can also recommend which of their closest contacts to share the app with, and suggest a preferred delivery method.

With the email invites, developers can include an install button, and Android users who receive an invite will be taken directly to the Play Store. You can also create personalised onboarding flows, so new users can get deep linked into a specific onboarding experience, such as taken directly to a discount code or offer. Apps who use the feature can also measure how the app invites are performing on Google Analytics.

Considering the fact that friend recommendations are one of the biggest download drivers in the mobile dating industry, this could be a hugely useful service for dating companies.

In their wide-ranging dating industry report, research company Mintel found that 29% of dating consumers said they tried a dating app because their friend used it, or because it was recommended to them.

To find out how to integrate the service, go here.