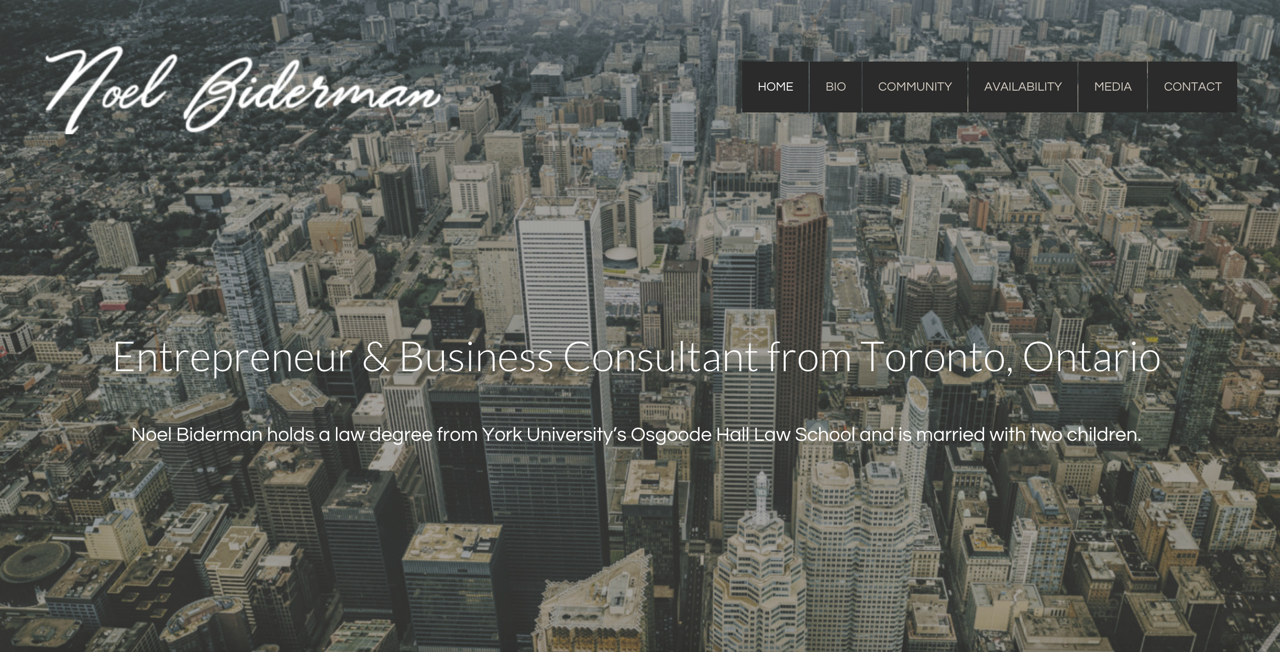 Last year, the dating brand that entrepreneur Noel Biderman founded and led, Ashley Madison, was subject to a devastating security breach, as zealous hackers tried to ruin the brand by exposing the details of its users, employees and business practices.

In August, the 45-year-old Canadian businessman resigned from his position as the CEO of Ashley Madison’s parent company Avid Life Media, after the third batch of harmful leaks.

And since then, Ashley Madison’s former chief executive seems to be taking steps to dissociate himself from the company he founded, by removing all mention of the extramarital dating site from his personal business website.

On his site noelbiderman.com, the married father of two is described as a “Canadian entrepreneur, sports agent, and business marketing and operations specialists from Toronto, Ontario, Canada.”

In his employment history, there is no reference to Ashley Madison at all, instead listing his last employment as Head of Product Development and Marketing at Canadian internet television carrier Jump TV, which he began back in 2005.

The closest mention of his affiliation with the cheating site is with a reference in his bio to his experience occupying the role of CEO.

It reads: “Noel has occupied roles as corporate President, CEO, COO and International Lead for businesses that have operated in 58 different countries around the globe and generated over a Billion dollars in consumer revenue.

“Noel currently applies his vast experience as a business consultant to a host of different enterprises.” Biderman says he is available to appear on advisory boards, give consulting about talent and recruitment, investments and investor relations, along with general entrepreneurial advice and tips on international expansion.

In terms of entrepreneurial advice and consulting, the former Ashley Madison CEO says he has particular expertise with “risk and reward” and how to deal with “controversy facing your business.”

The site also touts his community endeavours, such as being a coach for the Metro Toronto Wildcats Football program, his philanthropic work for underprivileged youth, along with some of his personal interests and hobbies, which include collecting ancient coins and first edition novels.

Since the hack last year, Ashley Madison claimed it saw a surge in users over the past few months, with 43.4m people now signed up to the site.

The adultery site said this increased from 37m after the breach in August, however with details from the 2015 hacks suggesting that some of Ashley Madison’s claimed users were in fact bots, the veracity of this claim is uncertain.

Analysis by Similar Web in fact suggests that traffic to Ashley Madison has dropped from 74.9m in July 2015 to 23.4m last December.